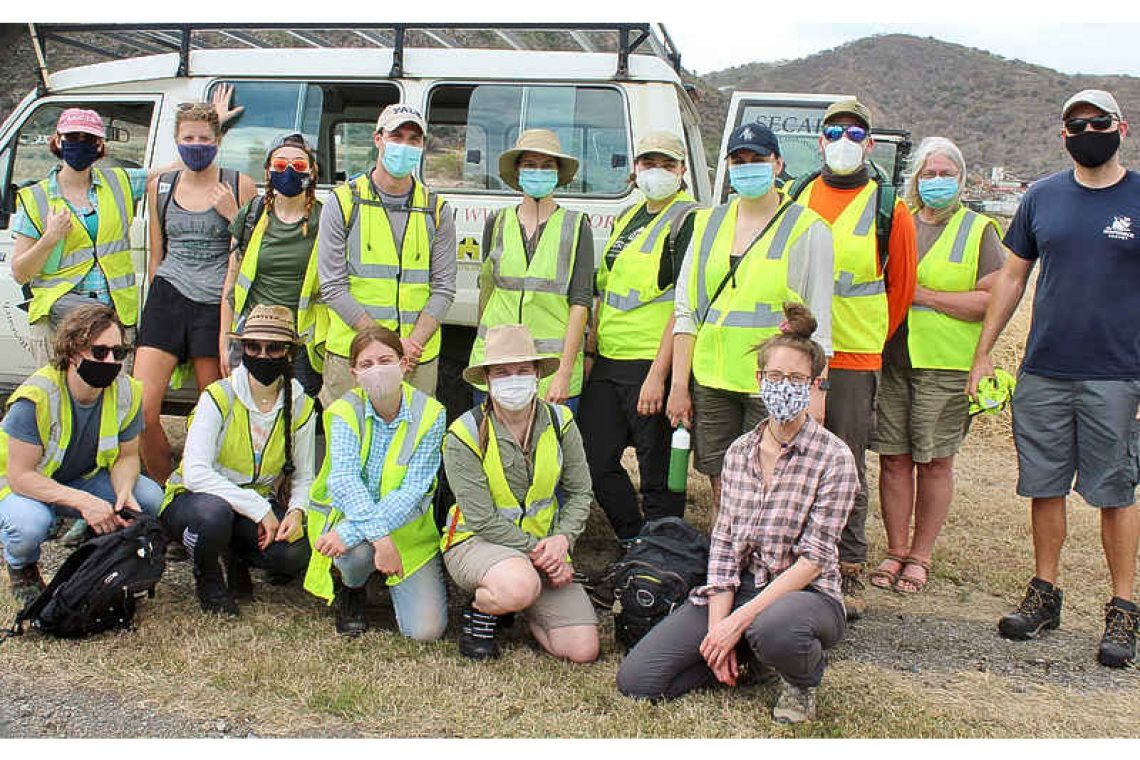 Ruud Stelton of St. Eustatius Center for Archaeological Research SECAR (extreme right) along with the archaeology team from the US as they pause for a photo.

The excavation will continue until the end of June.

In September 2020, the local government tasked the St. Eustatius Center for Archaeological Research (SECAR) with performing test trenches in a high archaeological expectancy area. This was necessary because the earth and sand in that area were to be used for various road projects in St. Eustatius.

Whenever an area to be excavated has the potential to contain Statian artefacts of archaeological value, SECAR and Statia’s local government work together to properly document and research the area. The aim is to ensure that historical evidence is not destroyed but preserved and evaluated.

On this site, the aim is to first conduct the required fieldwork, after which SECAR can give a “go ahead” so that the earth and sand can be used as needed for the betterment of the island without harming archaeological remains that are present in the area.

A group of 16 persons will be carrying out the excavation, research and conservation for this project. Fourteen persons were set to arrive from the United States and the Netherlands on April 20, to begin work on April 21. They will be working in an approved quarantine work bubble and will not have contact with other persons on the island until they are out of quarantine and have tested negative for COVID-19.

Of these 16 persons, seven are archaeology student volunteers and the other nine are professionals in the field of archaeology.

One of the main reasons this is an exciting site is that the test trenches, which were excavated in September 2020, revealed archaeological features and artefacts indicative of a settlement which, based on the 1781 map of Statia, is projected to be in the area of the slave quarters of the former Golden Rock Plantation.

Northeast of this, evidence has also been found of the Golden Rock Amerindian settlement. The close relationship of the two sites that has been revealed makes this project extremely valuable for the island’s history.

SECAR is working closely with Statia’s local government Culture Department and will keep Statian residents and national and international media updated on the developments of the research.