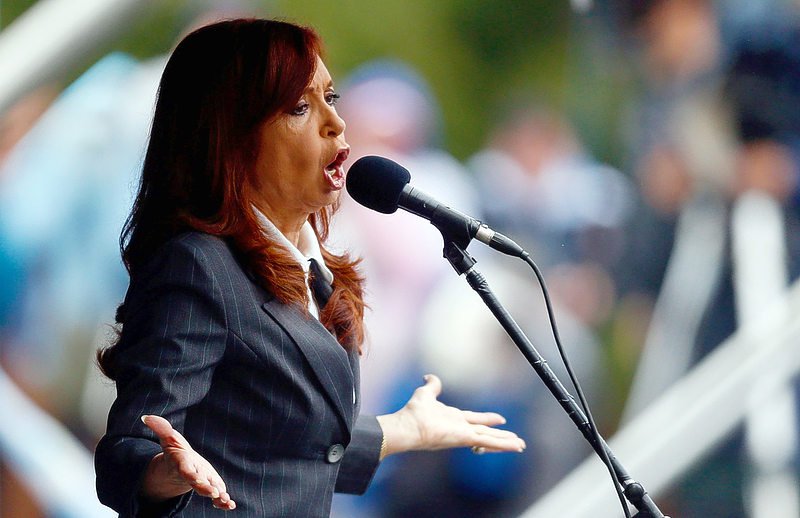 Fernandez, who left office in December after eight years and was replaced by center-right Mauricio Macri, has already been accused of money laundering and overseeing irregularities at the central bank while she served.
The cases have sparked massive demonstrations by her supporters, who say she is being persecuted by a new government bent on revenge. Fernandez is a divisive figure, revered by many for generous welfare programs and reviled by others for her economic policies.
The latest accusation, issued by a public prosecutor, was initiated by an opposition politician. Fernandez and her son have been accused of illicit enrichment and the falsification of public documents relating to a company called Los Sauces, Telam said, citing legal sources.
It said that Los Sauces in 2009 had over 9 million Argentine pesos ($635,000 at current exchange rates) in property investment.
A spokesman for the attorney general’s office said the investigating judge had issued a secrecy order on the case. Under Argentine law, the judge will decide whether to accept the charge and open an investigation.