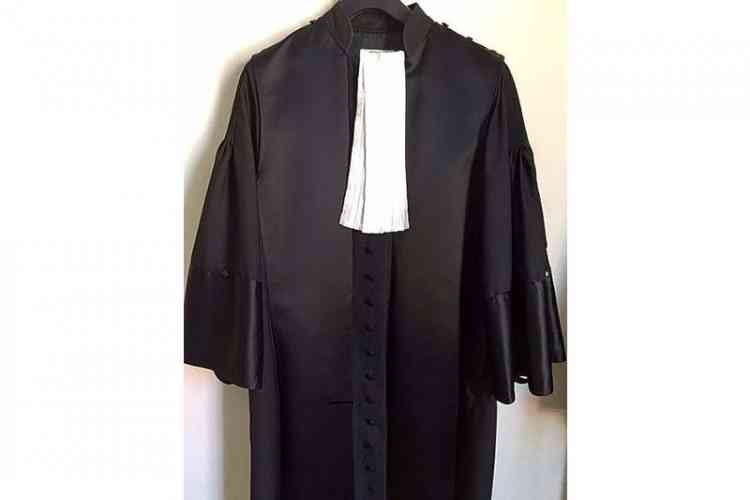 PHILIPSBURG–C.A.J. (30), suspected of involvement in three armed robberies committed in July 2017, may be sent to prison for ten years. He will learn his fate March 15.

The defendant was heard Thursday via video-conferencing, as he is currently detained in the Netherlands.

The Prosecutor’s Office is holding him responsible for having taken part in three armed robberies committed between July 12 and July 15, 2017. For these crimes, he demanded a 10-year prison sentence.

US $1,012, and several sunglasses, ladies’ bags and pants were allegedly stolen from clothing store OOPS! during the first robbery.

The store manager was threatened with a knife, tied up and locked up in a dressing room during the robbery, which the Prosecutor said constitutes deprivation of liberty.

“Go down on your hands and knees and take money from the cash register. Do not get up. Stay there for 15 minutes and do not get up. I’m going to watch you from the road to make sure, and if you do, I will send my boys from Fort Willem to you,” the defendant allegedly had told the manager.

Alberto’s Fashion was raided in a similar manner on July 15, 2017. Gold chains, earrings, rings and $200 in cash were stolen under threat of gun violence.

In this case, staff was taken to a storeroom and told to lie on the floor and close the door.

The defendant is also accused of having forcefully taken diamonds and other pieces of jewellery, as well as bottles of Hennessy cognac, from Divinitii Jewellers on July 17, 2017.

J. was caught red-handed and arrested shortly after the jewellery-store robbery. He denied his involvement in the other two robberies, even though the Prosecutor presented witness statements attesting to his involvement.

J. was recognised on video-surveillance camera images. He has tattoos with texts on both hands, but he told the Court he was not the only one in St. Maarten with such tattoos. “The images are not very clear. The Prosecutor’s Office wants to put this robbery on me,” he claimed.

The victims had said J. had been involved in armed robbery and had tied them up, but the suspect told the Judge they were unreliable and lying witnesses.

The defendant, who has been detained in the Netherlands since November 2017, was sentenced on appeal in 2010 to 14 years for nine counts of theft with violence and extortion. He was convicted of similar crimes in 2000 and 2005, the Prosecutor stated.

The suspect, who started his criminal “career” at the tender age of 13, informed the Court that he wants to better his life. He said he is working and studying within the prison confines.

The Prosecutor found the defendant guilty as charged, saying he had been out for “easy money.”

The Prosecution said the loot had been only partially retrieved. Therefore, J. may be facing a dispossession claim at a later date, as well as a request to execute a previously-imposed conditional sentence.

According to attorney Safira Ibrahim, her client should only be convicted of involvement in the Divinitii robbery. In her opinion, there was insufficient evidence to link her client to the other two robberies, as well as to the deprivation of liberty in the Divinitii case.

She said her client had decided to commit the Divinitii-robbery on impulse, as he had been in a financially difficult situation. After her client was conditionally released he had reported with the Probation Office within two days, after which had heard nothing anymore. He had learnt that the second-chance employment programme had apparently been cancelled, which had left him in dire straits.

“My mother was a drug dealer when I was born, and my father was a robber,” the suspect said in his final word. “I did not learn about what was right and what was wrong … but it is better to have an honest life,” he stated in pleading for clemency, a chance and assistance.