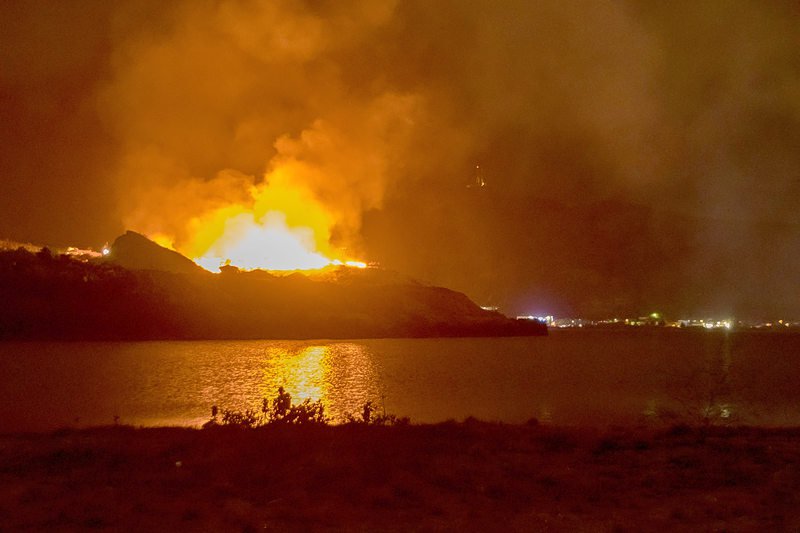 PHILIPSBURG–The Sanitary Landfill was on fire again this week and contractors were doing everything in their power to contain the blaze.

According to reports, unknown persons were seen running away from the landfill when the fire started and security officials there believe arson started the flames. However, police did not receive an official report about the origin of the fire and will investigate when more information becomes available to them.

Smoke was seen coming from the landfill on Thursday as officials continued trying to contain the fire.

Minister of Public Housing, Spatial Planning, Environment and Infrastructure VROMI Angel Meyers said in a statement on Thursday night that it was not clear at that moment how the fire had started, but he would like to start a full investigation of the sanitary landfill and its operations. He plans to investigate the occurrences on the landfill thoroughly with related stakeholders and the Ministry of VROMI.

Meyers approached SOAB to assist in analysing the processes of the landfill. With this initiative he will gain insight to the current risk exposure on the landfill as the responsible Minister for waste management and activities, and the appropriate checks and balances that can be implemented to minimise the risks. The ultimate goal is for the Government of St. Maarten to ensure the sanitary landfill is managed optimally.