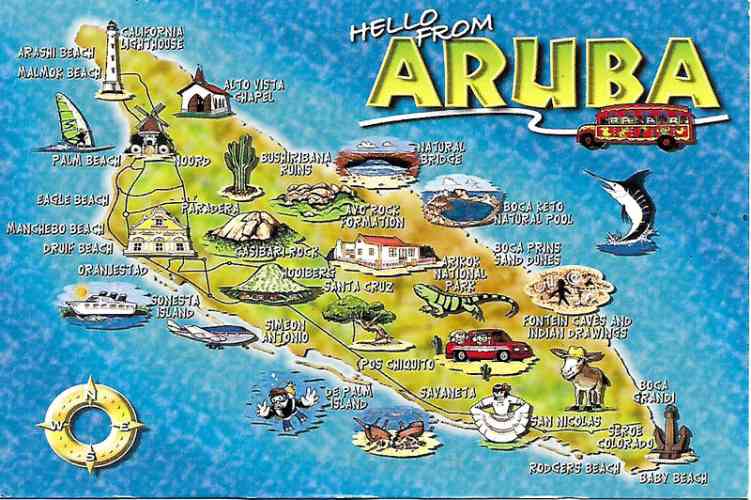 ARUBA–As St. Maarten continues to struggle with moving the establishment of its tourism authority permanently off the drawing board at the cost of constant and well-funded destination promotion, Aruba is cashing in on going private via the eight-year-old Aruba Tourism Authority (ATA).

The tourism authority has huge buy-in from all sectors of the sister Dutch Caribbean island’s tourism-driven economy. The buy-in means all sectors provide cash directly and indirectly for destination marketing and product upgrade.
The biggest plus of the privatisation of Aruba’s tourism promotion and management is “less political involvement,” in the opinion of Aruba Timeshare Association President Ursell Arends.

Without interference and change of political policies, Aruba has really benefited from the ATA construct, Arends said, when asked about ATA’s true impact by The Daily Herald at Interval International’s International Shared Ownership Investment Conference ongoing in the Hyatt Regency Aruba.

The total tourism economy has benefited from pointed decision-making and creative revenue generation to carry out physical infrastructure upgrades.

The ATA is funded via a 9.7 per cent tourism levy on accommodation units and a US $10 “destination fee” included directly in airline ticket cost that net some US $12 million annually.

ATA spends its tourism levy by not putting all its eggs into the basket of destination promotion. It also takes into consideration the quality of the product. Product upgrade is vital to keeping Aruba in its top vacation destination position, according to ATA Chief Executive Officer Ronella Tijn Asjoe-Croes, a key speaker at the conference opening.
Two per cent of the tourism levy is channelled into infrastructure through the Tourism Product Enhancement Fund. This fund helps to encourage resorts to upgrade their units and general property to keep the island’s tourism offering fresh. The Aruba government also pitches in for product elevation with incentives in the form of tax benefits for hoteliers to upgrade.

An apolitical approach to managing tourism has also led to better political protection of Aruba’s tourism industry. ATA, the Timeshare Association and University of Aruba recently collaborated on an industry study to test the pulse of the industry. One glaring result was the need to slow timeshare builds or risk undermining the sector and affecting the wider community.

That looming risk was taken to the Aruba Parliament for action. This came in the form of a motion instructing the Aruba government to implement a moratorium on new timeshare properties. This move is needed, explained Arends, for Aruba “to stay a quality product.”
American Resort Development Association President and CEO Howard Nusbaum called the ATA “a healthy mix” of sectors of the tourism industry working together to effect positive change and bring development. He considers the ATA “a model for the Caribbean” on how to work together to better the product offered to vacationers.

In St. Maarten, Tourism and Economic Affair Minister Stuart Johnson plans to revamp the still-infant STA foundation, the set-up organisation of the still-to-be-launched STA.
The STA foundation’s proposed law to give the tourism authority the power to issue tour operators’ licences, review destination product quality control and general standards for tourism operators (and staff) in the form of licences, certification and training does not have Johnson’s support. He believes that STA, when operational, should focus primarily on destination promotion. His view is also shared by Oyster Bay Beach Resort (OBBR).

The cohesive Aruba tourism partners are also tackling the sharing economy birthed by home-sharing sites AirBnb and HomeAway. A memorandum of understanding was signed by Aruba and AirBnb in 2016 to have that company collect “the fair share of taxes” as levied on traditional accommodations on this new approach to vacationing. When this MOU bears fruit, Aruba will become the second Caribbean destination, next to the United States Virgin Islands, to get taxes from the sharing economy.

Destinations such as St. Maarten do not have any way of tapping into revenues made by homeowners via the sharing economy.