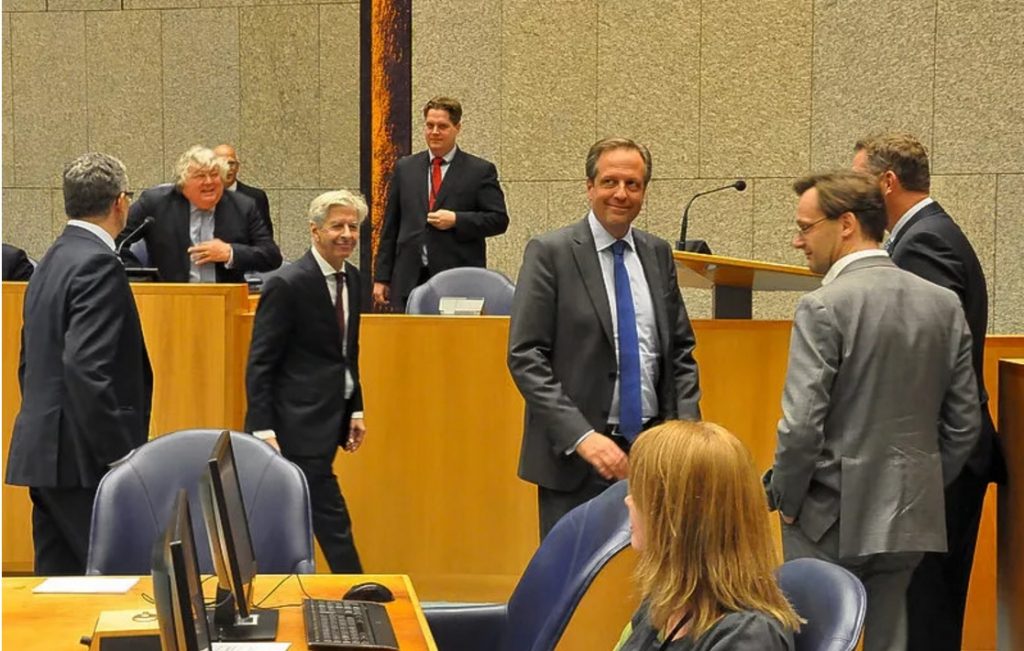 THE HAGUE–The risks associated with the reopening of the Aruba refinery, the pollution created by the Isla refinery in Curaçao and the role of the Kingdom played a central part in the plenary handling of the draft 2017 Kingdom Relations budget in the Second Chamber of the Dutch Parliament on Tuesday.

Members of Parliament (MPs) André Bosman of the liberal democratic VVD party, Roelof van Laar of the Labour Party PvdA, Ronald van Raak of the Socialist Party (SP) and Alexander Pechtold of the Democratic Party D66 expressed concerns about the two refineries and the role that the Kingdom should play to make sure that these oil processing plants comply with environmental standards.

Pechtold brought up the Juan Pablo Duarte School in Curaçao that had to again close last week because of the toxic fumes of the Isla refinery. “If we say that we don’t accept children going home sick, we should do something about it, together. We should make sure that the Isla becomes a cleaner operation, and we should not have another refinery reopen if we don’t know for sure that it is clean,” he said.

“Aruba has chosen for a future that is less green with the reopening of the refinery. Apparently it is an internal affair of Country Aruba and a matter that the Committee Aruba Financial Supervision CAFT has no say on,” said Van Laar.

Bosman and Van Raak mentioned the financial risks of the Aruba deal with Citgo Petroleum, a daughter company of the Venezuelan PdVSA. “This is an old refinery and it will result in large debts, a financial mess. The small island has given off a guarantee of hundreds of millions for a project that is bound to fail,” said Van Raak, who wanted to know who would feed the bill if the “dubious deal” with Citgo to reopen the refinery would fall through.

“The Aruba refinery is turning into a farce. How can it be that Aruba with a debt quota of more than 80 per cent provides a guarantee of more than US $300 million?” asked Bosman, who enquired if the CAFT had already analysed the Citgo deal and the risks for the budget. “It is a black box and it contains all aspects of an election stunt. The Aruba Parliament runs into the abyss like lemmings, and the Dutch tax payer again runs the risk of having to pay,” he said.

Pechtold called on Dutch Minister of Home Affairs and Kingdom Relations Ronald Plasterk to maintain a grip on the Citgo deal. “This is not only an affair of Country Aruba. The Minister has to do more,” he said. “Is the Minister aware that the PdVSA wants to recover its financial problems through its daughter company via a dubious construction?”

According to Pechtold, the Kingdom has a role to play. He accused the Government of Dutch Prime Minister Mark Rutte of having only two ways of dealing with the islands: destroying everything like an “elephant in a porcelain cabinet” or leaning back saying that it concerned an autonomous affair. “But many times it isn’t this black and white. Many of the issues concern us all. The Isla refinery is a drama, whether you live in the Netherlands or Curaçao.”

MP Sietse Fritsma of the Party for Freedom PVV said it was “high time” to get rid of the islands. “Every year we stand here with the same list of problems, the financial chaos and the overseas mess.” He said that the Netherlands carried too much responsibility for the islands and that the United Nations (UN) Charter prevented the mother country from unilaterally disposing of its former colonies. “We must get rid of this forced condition.”

The recent elections in Curaçao and St. Maarten also came up during Tuesday’s debate. Fair elections are essential for a solid democracy, Van Laar pointed out, who together with Bosman and Pechtold made a case for independent election observers.

“Let’s come to an agreement with the islands that there will always be international observers. That would enhance the trust of fair election results,” said Pechtold. “Why don’t the countries come to an agreement in the Kingdom Council of Ministers to always have election observers? Is this something that should be arranged via a Kingdom Law?” asked Bosman.

Van Raak wanted to know if the Minister would ensure that the power position of United People’s party (UP) Leader Theo Heyliger in the new NA/UP coalition would not obstruct the broad investigation into the alleged ties between the upper world and underworld in St. Maarten.

This investigation was requested by the governing liberal democratic VVD party and the SP in an April 2015 motion which was adopted by the Second Chamber. The Dutch Government has made 22 million euros and fifty detectives available to strengthen the law enforcement sector in St. Maarten. Van Raak stated that the investigation was currently being carried out, in cooperation with the United States (US) and asked about the status.

The handling of the 2017 draft Kingdom Relations budget continues on Thursday.