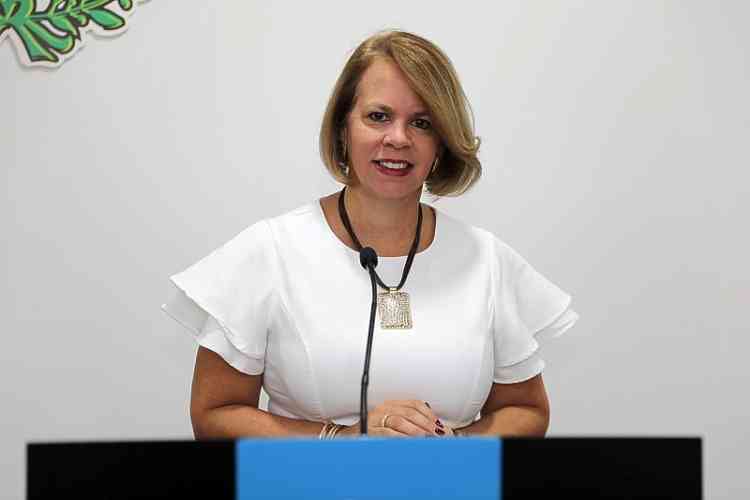 Aruba Prime Minister Evelyn Wever-Croes: “Integrity is something that we have to create together.”

ORANJESTAD–The Aruba Integrity Bureau Department has started a campaign to make the residents aware of the new bureau and the importance of its work to promote integrity and to fight corruption. “Integrity is something that we need to create together,” stated Aruba Prime Minister Evelyn Wever-Croes on Friday.

Integrity is high on the agenda of the Wever-Croes government, and as such the Integrity Bureau Department was established in October 2018. This department has the task to increase awareness of the importance of integrity and to serve the people by taking their phone calls and reports of integrity violations.

“At this moment the department is not entirely ready to take phone calls, but a national awareness campaign has started to make people aware; [it – Ed.] helps to also inform them what is possible and what not as to integrity,” it was stated in a government press release.

Integrity is something that involves the entire community: not only government, but everyone. Therefore, the campaign, which is launched under the auspices of the Aruba Integrity Bureau and its quartermaster Amalin Flanegin, has as theme “Together we create integrity.”

“The maximum effort is being made to complete the set-up of the Integrity Bureau,” said Wever-Croes. “We are still in the process of hiring staff. The people who are being hired are already civil servants. They will have the task to receive the phone calls and reports by residents, and to ensure that follow-up takes place,” she explained.

“Once this is in place, the Integrity Bureau can function optimally in the best interest of the people so we can achieve its main goal, namely to build an Aruba with integrity and without corruption,” she concluded.