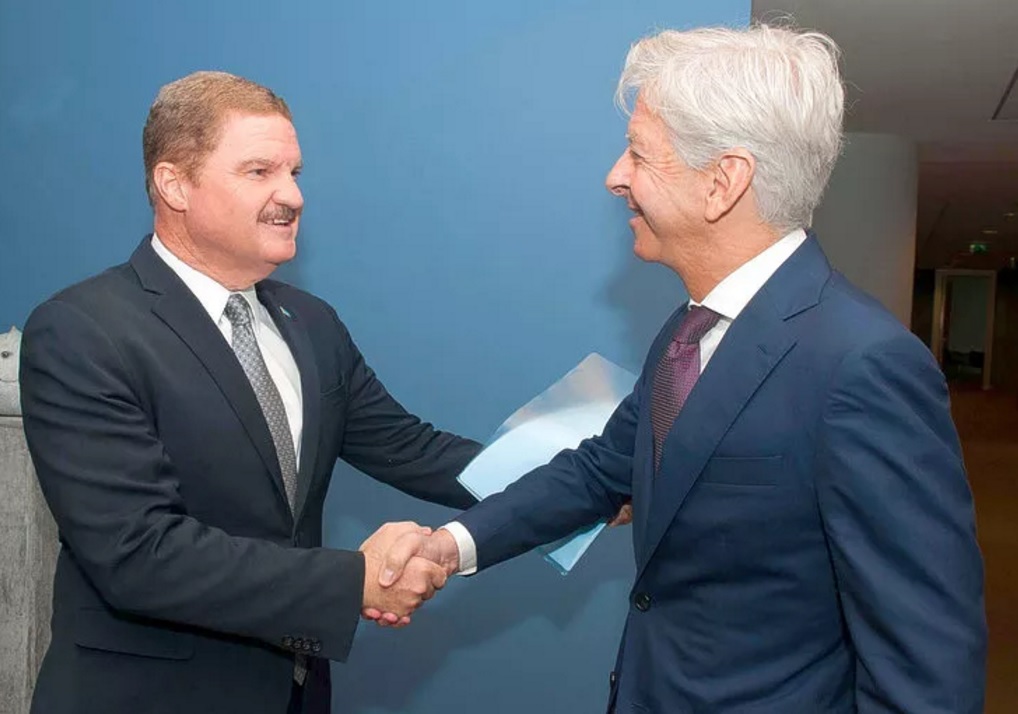 THE HAGUE–The Aruba Government will accept the appointment of Alfonso Boekhoudt as the new Governor of Aruba.That is the outcome of a meeting between Dutch Minister of Home Affairs and Kingdom Relations and Aruba Prime Minister Mike Eman in The Hague on Tuesday. During this meeting, Plasterk and Eman looked back at the consultation that has taken place in the past one and a half year to appoint a new Governor.

According to a short, joint press statement, the Ministers arrived at the following conclusion: “The appointment is the result of a process that doesn’t deserve a beauty award. The Minister of Home Affairs and Kingdom Relations is aware of this.”

Aruba agreed to cease its protest. “In the interest of the relations within the Kingdom, Aruba Government will accept the appointment of the new Governor now that the appointment has been formalised in a Royal Decree.” Plasterk and Eman also agreed to intensify the cooperation in other areas and to promote mutual benefits of the Kingdom in the coming period.

Eman travelled to the Netherlands on Monday, accompanied by Minister of Public Infrastructure Benny Sevinger and Secretary of the Council of Ministers Nicole Hoevertsz, to discuss Boekhoudt’s appointment which in Aruba’s opinion didn’t take place in accordance with the 2001 agreement in the Kingdom Council of Ministers. Aruba had demanded the annulment of the appointment, and fired Boekhoudt as Minister Plenipotentiary.

Boekhoudt had been the candidate of Minister Plasterk, while Eman and his cabinet had proposed the current Finance Minister Angel Bermudez for the position. Plasterk maintained last week that Boekhoudt’s appointment by the Kingdom Council of Ministers had been in line with the Kingdom Charter.

The decision to appointment Boekhoudt and the subsequent row between The Hague and Oranjestad put the relations under pressure. “At this moment, we have a very serious situation. This is a difficult time for the Kingdom,” Eman stated before boarding the flight to Amsterdam.

“For quite a while we have been working together on constructive themes to make the Kingdom work,” said Eman who stressed that it was very important to have a successful meeting with Plasterk. “The main thing is to create a positive perspective for the continuation of the Kingdom, based on mutual respect and where common objectives benefit all countries in the Kingdom.”