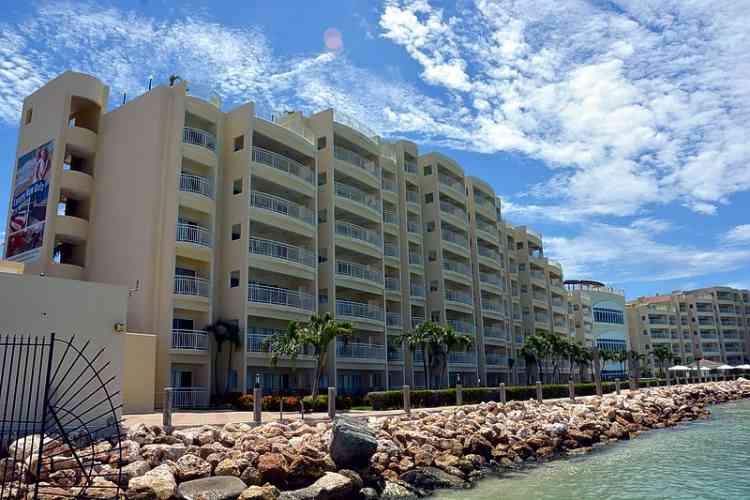 AMSTERDAM/ORANJESTAD–Three organisations from Aruba will be in St. Maarten this weekend at the Do-Tank event of the Build Bank Better event. 360º of Innovation, the Centre of Excellence and the start-up Bini Travel, all from Aruba, will be lending a helping hand to make this remarkable event which will help St. Maarten in its recovery and to build back in a sustainable, resilient manner.

Philippe La Reine of Bini Travel, a young company that specialises in pay options for tourists via a “smart wristband,” is enthusiastic. “We are not from St. Maarten, but we recognise the same challenges that the island faces where it comes to all-inclusive tourism. We hope to make a similar contribution to St. Maarten so the local economy can better benefit from all-inclusive tourists during their visit to St. Maarten,” he told The Daily Herald.

La Reine, who will participate at the Do-Tank event this weekend, explained that Bini Travel was established by three Arubans as a result of the political and social debate in 2016 regarding the implementation of legislation that set a maximum quota for all-inclusive tourism. The debate included opponents and proponents of this legislation.

The discussion prompted Bini Travel to develop a smart wristband and associated app which enables tourists to pre-pay their breakfast, lunch and dinner, but to still have a choice at where they eat. Tourists can chose from over 200 restaurants in Aruba.

The advantage of the system is that the tourist remains an all-inclusive guest while the local restaurants still benefit. Tourists can also use the wristband and app to pay for other services on the island. La Reine will introduce the product during the Do-Tank event in St. Maarten.

The Do-Tank, is a so-called “hackaton” to gather practical ideas and takes place this Saturday and Sunday, followed by the trade mission Do-Trade, as part of the Build Back Better event. The Do-Trade is coordinated from the Netherlands by the Present Your Startup organisation and the Do-Tank by 360º of Innovation from Aruba.

The objective of the Do-Tank is to have as many parties as possible brainstorm about concrete actions for St. Maarten and other islands, how to rebuild St. Maarten in a sustainable, resilient manner. Local organisations and the National Recovery Plan will play an important role.

The Do-Tank gives participants the opportunity to work together for two days and to inspire one another, explained Bianca Peters of 360º of Innovation, an Aruba-based foundation that aims to create positive change that benefits communities and makes them more sustainable and resilient. 360º of Innovation has been asked to coordinate the project management and the Do-Tank event.

“You work together in small groups of three to five persons, working on creative solutions for challenges in the area of sustainable tourism, sustainable technology and entrepreneurship/re-learning. The result, for example, can be a prototype, test model, a business model or an event,” said Peters.

“The results are presented at the end of the Do-Tank and a jury will decide on who wins the US $2,500 prize. Hopefully the best projects will be taken on by investors and entrepreneurs for further development,” said Peters, who noted that everyone who wants to help St. Maarten in its endeavours can participate. Mentors will be providing support during the two days of the Do-Tank.

Experts sessions will be held during the Do-Tank. This was decided because of the extensive interest of parties from abroad that wanted to come to St. Maarten to contribute to the objectives of the Build Back Better event. The expert sessions serve to exchange know-how and to learn from each other.

“It is really in the spirit of ‘a little less conversation and a little more action’ that we are organising the Do-Tank,” said Manager Arno Boersma of the United Nations Development Programme (UNDP) Centre of Excellence (COE) in Aruba. “With a vast diversity of stakeholders I am sure that we will see great ideas that are also feasible to implement. We are ready to share them with other small island states around the world,” said Boersma, whose organisation plays an important role in the Build Back Better event.

“Building a better future for the St. Maarten people starts by asking better questions that lead to better answers,” said Office Managing Director Brian Irausquin of EY Dutch Caribbean, another partner of the Build Back Better event. “This is exactly what we intend to do with creative minds during the Do-Tank. We are calling this event a Do-Tank as proof of our commitment to St. Maarten that the answers will also lead to actions and results that boost the island’s sustainable development,” Irausquin said.

The Dutch Caribbean Chamber of Commerce (DCCC) plays a prominent role in the trade mission Do-Trade on Monday, March 19. Part of the programme will be business speed dating in the morning hours, followed by a match-making in the afternoon and workshops thereafter.

Local and international parties have already applied for both the Do-Tank and the Do-Trade including entrepreneurs, startups, architects, persons from the tourism and energy sector, students, technicians, persons from the creative industry and from the public sector.

The Orco Bank and St. Maarten Hospitality and Trade Association (SHTA) organise the kick-off of the Build Back Better event this Friday evening.