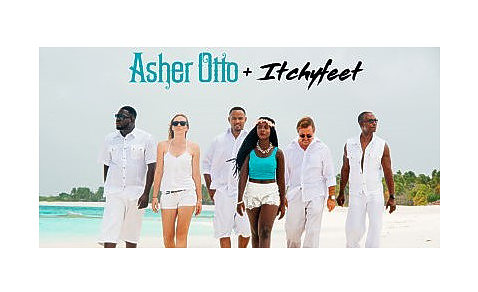 The St. Maarten Heineken Regatta has secured Antiguan musicians Asher Otto & Itchyfeet for the 37th edition. The performance marks the second time the band has performed for the event. Asher Otto first made her regatta debut in 2015 where she rocked the stage and brought the audience to their feet, dancing and singing the night away. The band Itchyfeet will accompany her for the regatta performance, promising to make it another great regatta night.

Asher Otto makes her home on the Caribbean island of Antigua where she was born and raised. She has developed over her career into a soulful artist who has been influenced over the years by artists such as Alicia Keys and Erica Badu. Her sultry voice draws you in and will fill your soul with soothing sounds. In 2011 Asher joined the band Itchyfeet and since then they have been inseparable.

Itchyfeet, which will take the stage with Asher, has been together since 2006 and spends time playing shows throughout the Caribbean. The band is comprised of five talented musicians including Paddy Prendergast on the guitar, Tony Mayers on bass, Jocelyn Beldman on keys and vocals, Garfield “Puff” Whal on drums and Ajani WIlliams on guitar. The combination of talent and vocals brings a unique vibe to the stage and promises for a spectacular performance.

“I am so excited to be coming back to St Maarten and the Heineken Regatta again. I will always be grateful for the warm welcome we received in 2015, and we are really looking forward to putting on a great show on Saturday March 4th.” Asher stated. The performance will include hits from her latest release as well as songs from her upcoming album yet to be released.

Asher Otto will open up the evening’s performances on Saturday March 4th and entrance to the venue is free to the public. The venue on Kim Sha beach will be transformed into a mix of aerial artists, local food vendors and some surprises designed to inspire your soul. VIP tickets are available for the evening’s festivities, those interested can mail [email protected]/* */ for more information.