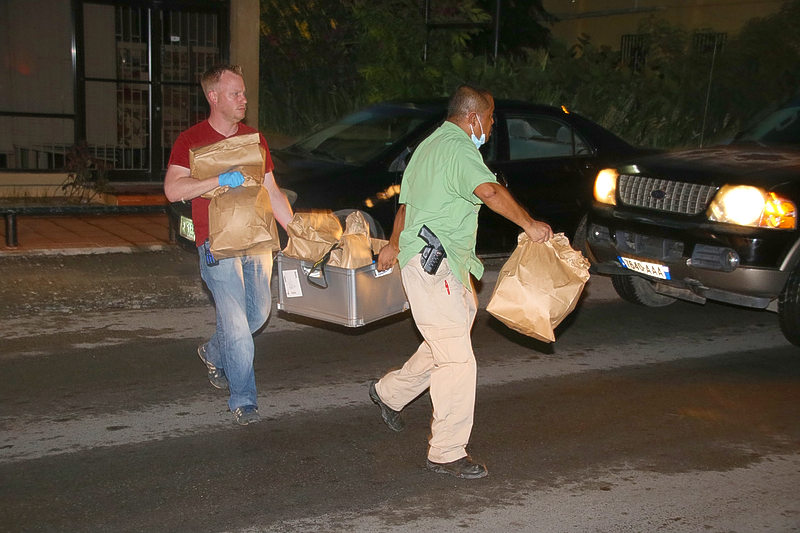 PHILIPSBURG–Two men on a motorbike entered Ballerina Jewellery on Front Street on Saturday afternoon, taking racks of expensive merchandise from the store.

What made this robbery different from other heists is that one man stayed on the bike while the other walked in, grabbed the items and was back outside in a matter of 15 seconds, according to store owner Peter Mirpuri.

Police were called immediately, but workers could not reach police on 911. One of the workers at the store had to walk to the police station to inform them of what had taken place.

Video footage of the heist made its way into social media after the incident and the robbers were seen wearing helmets as masks. The Daily Herald understands that the robbers left their motorbike in an alley off Cannegieter Street. Forensic officers collected clothing that was found with the bike in question.

Mirpuri is of the opinion that the attack was planned, because the latest stock of jewellery arrived on the island just a few days before the robbery. “The robber knew where to go and what to grab,” he said.

Mirpuri told this newspaper on Sunday that police should consider putting more officers on the streets for this busy season. “There were tourists in the store and these robberies are not good for Front Street. People just don’t feel safe anymore. Something needs to get done and Government should pay attention,” he said.

No official word about the incident was given by the Police Public Relations Department. Acting police spokesman Inspector Steven Carty did not respond to numerous phone calls and e-mails from this newspaper.