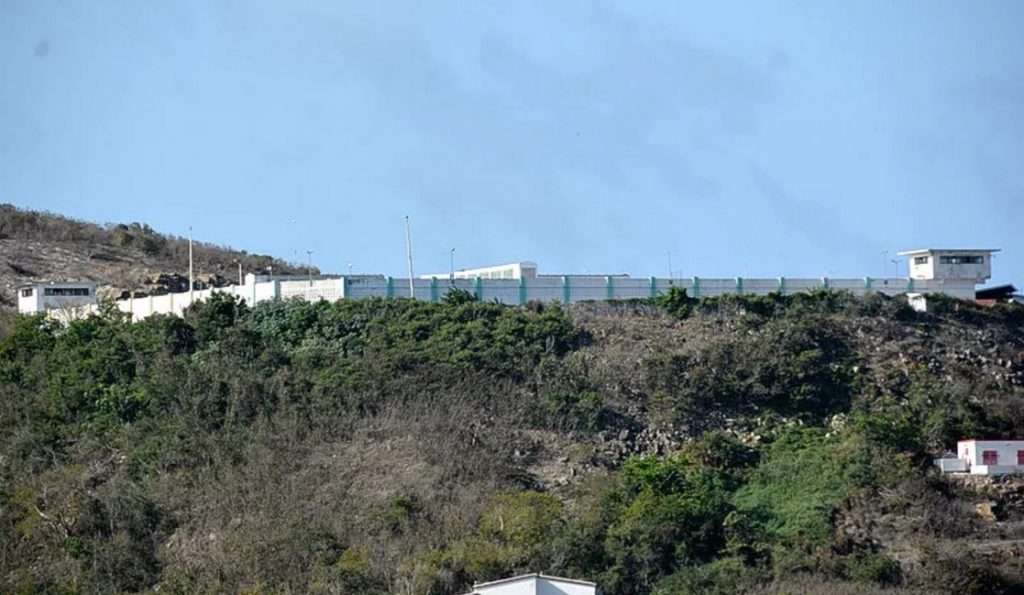 THE HAGUE–Dutch justice entities are in principle willing to assist at St. Maarten’s Pointe Blanche prison and the Police Force. Dutch Minister of Home Affairs and Kingdom Relations Ronald Plasterk will discuss the progress of the Plans of Approach for the prison once a new Government has been installed in Philipsburg.

Plasterk stated this in a letter to the Dutch Parliament, published on Monday, in response to written questions submitted by Member of the Second Chamber of the Dutch Parliament André Bosman of the liberal democratic VVD party. Bosman had expressed concerns about the state of affairs at the St. Maarten prison, especially the acute need for more personnel and cells.

According to Plasterk, the Dutch “sister” justice services, the Netherlands Police Force, the Royal Marechaussees and the Service for Justice Institutes (“Dienst Justitiële Inrichtingen” DJI) are “in principle” willing to assist, also with the shortcomings of the St. Maarten Police Force KPSM.

“However, this willingness strongly depends on confidence in the perspective. Assistance from the Netherlands must be effective,” stated Plasterk, who mentioned the April 2016 initiative whereby a broad range of the St. Maarten justice authorities and the Dutch “sister” justice services jointly worked on improvement plans.

“The St. Maarten Government now has to decide how the executing organisations, including the Pointe Blanche prison, will be enabled to start the execution of these improvement plans. That is partly a matter of money. There are also possibilities to improve that do not put pressure on the budget, such as the elimination of unnecessary bureaucracy and the reduction of sick leave,” he said.

Plasterk announced that he intended to discuss the progress of the Plans of Approach for the Police Force and prison with the new Government of St. Maarten soon after its installation. The St. Maarten Progress Committee and the Dutch Ministry of Security and Justice will remain involved in this process.

Plasterk made clear that he would urge the St. Maarten Government to take a decision on the improvement plan for the prison and to have this plan executed. He said he took his commitment “very seriously” to see to it that the agreements made during the process of constitutional reform in 2010 were complied with.

Plasterk referred to the September 2010 Round Table Conference (RTC) where agreements were made with St. Maarten to make improvements to a number of parts of the law enforcement sector through the Plans of Approach.

“This means that the Country St. Maarten has concrete obligations with which I as Minister of Kingdom Relations demand compliance. In consultation with the St. Maarten Progress Committee, my intentions are focused on bringing the Pointe Blanche prison to a level that is acceptable for a centre of detention,” he said.

The full completion of the Plans of Approach is highly important to the VVD. The party had objected to the initial plan of the Dutch Government not to prolong the Plans of Approach for the St. Maarten Police Force and the Pointe Blanche prison. In the opinion of the VVD, these plans must be fully executed before they can be terminated.

Plasterk confirmed that the General Measure of the Kingdom Government AMvRB regulating the Plans of Approach for the St. Maarten prison and Police Force had been extended recently for the third time. The fact that these plans were again prolonged said a lot about the pace at which progress was achieved, he added.

In its recent reports, the St. Maarten Progress Committee expressed its concerns about the execution of the Plans of Approach. The Committee spoke of stagnation, even deterioration, and questioned whether it made sense to continue on this road.