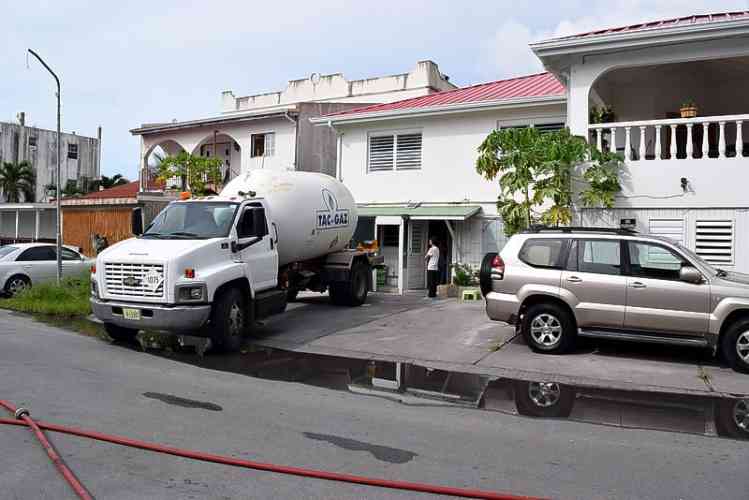 SIMPSON BAY–White Swan Chinese Restaurant in Simpson Bay was the scene of a large gas explosion on Friday afternoon that left at least two injured.

According to reports at the scene, a gas tanker truck was starting to refill cooking gas bottles at the restaurant around 2:30pm when one bottle suddenly exploded.

The cause of the explosion is unclear and was still being investigated by authorities as of 4:00pm Friday.

At least two persons, one of whom being the driver of the tanker truck, was injured in the blast. They were treated at the scene by members of the Ambulance Department and were taken to St. Maarten Medical Center (SMMC) for further treatment. The extent of their injuries is yet unknown.