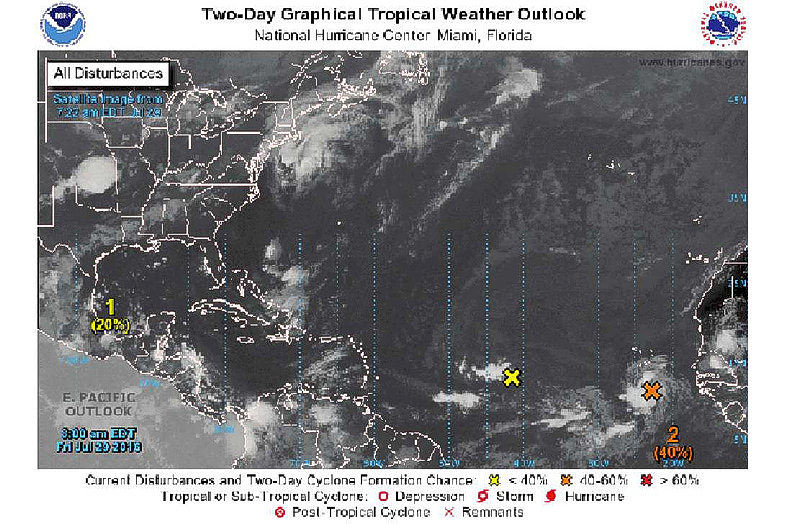 1. A tropical wave located about 1200 miles east of the Lesser
Antilles is moving westward at about 25 mph. The associated shower
activity is poorly organized, and given the fast motion of the
system any development should be slow to occur.

2. Shower activity associated with a tropical wave and a low pressure
system centered a couple of hundred miles south of the Cabo Verde
Islands has become better organized since yesterday. Some
additional development is possible during the next day or two before
the disturbance encounters a less favorable environment over the
central tropical Atlantic next week.
* Formation chance through 48 hours…medium…40 percent
* Formation chance through 5 days…medium…50 percent