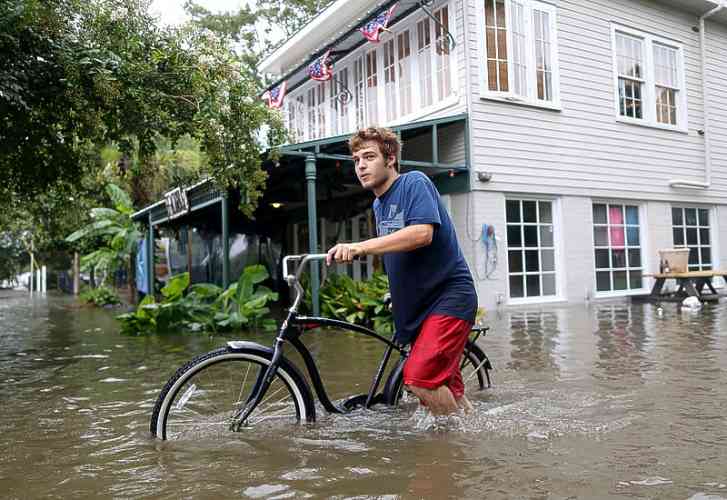 The earlier forecast in May reflected the presence of El Niño, the climate phenomenon that warms the Pacific Ocean and tends to prevent storms from developing in the Atlantic.

El Niño has abated since then, making for conditions that increase the likelihood of hurricanes forming, forecasters at NOAA’s Climate Prediction Center said in a statement issued as the hurricane season enters its peak months.

NOAA forecasters now expect 10 to 17 named storms, up from the previous estimate of nine to 15. Of those, about half will become hurricanes. To be classified as a hurricane, a storm must carry winds of at least 74 miles per hour (mph) (119 kilometres per hour (km/h)).

Two to four major storms in the June-to-November season are expected to pack Category 3 winds of 111mph (179km/h) or greater.

So far this year there have been two named storms in the Atlantic. Subtropical storm Andrea dissipated shortly after forming in May. Barry made landfall in Louisiana on July 13 as a Category 1 hurricane.

Last year brought 15 named storms, including Michael, which struck the Florida panhandle in October with winds of 110mph, killing at least 29.

Florence made landfall in September as a relatively weak Category 1 hurricane, but brought devastating flooding to North and South Carolina. At least 51 people were killed.