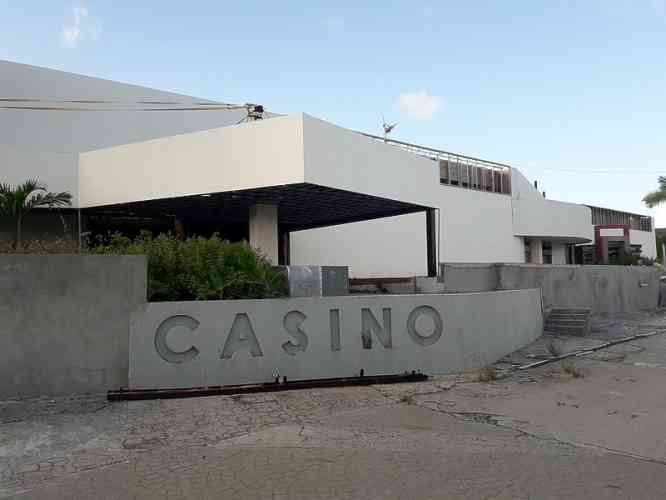 PHILIPSBURG–Atlantis World Management NV, Rudolf Baetsen and nine other casino employees have lost an injunction filed against RBC Royal Bank to continue their banking relations with the company and to refrain from closing its bank accounts.

The case was filed November 7, and on Friday, November 22, the Court of First Instance rejected the claims of Atlantis and its employees. Atlantis was ordered to pay NAf. 2,000 in legal fees

By letter of February 15, 2013, RBC informed Atlantis of its decision that it was left no other choice but to end its longstanding relationship with the company “as a result of changed risk profiles which no longer fit our risk appetite,” that it was not in a position to maintain its banking relationship and that it would close their accounts held with RBC.
Since 2013, RBC has been using a so-called risk-based approach (RBA) to give each client a “risk label,” based on which the bank decides whether a client should be intensely monitored or not.
By letter of August 28, 2019, RBC informed Atlantis that three bank accounts would be closed. For the company to seek alternative banking arrangements a termination day was set for November 28, 2019, after which the bank would proceed to close the accounts.

According to the Court, casino boss Francesco Corallo’s involvement with Atlantis was the main ground for RBC’s decision to terminate its banking relations with the company.

Corallo is suspected of crimes in Italy, but Atlantis apparently had not considered Corallo’s withdrawal as Atlantis’ ultimate beneficial owner, indirect shareholder and factual policymaker to maintain its banking relations.

According to Atlantis Vice President Pierre Rafini, the letter notifying Atlantis of its intention to terminate its long-standing banking relationship constitutes a wrongful act against Atlantis, as RBC Bank’s duty of care towards its clients is supposed to be very high.

“This duty of care required, among others, at least sufficient supporting motivation of the reason of the bank’s intention to terminate a long and good standing banking relationship.

“You are, or should be, aware that in established case law, the interest of a legal business entity to have access to a banking system is considered paramount. Indeed, the absence of access to the banking system makes it factually impossible to operate a business. Unilateral termination of the banking relationship by the bank requires, therefore, sufficiently compelling grounds,” Rafini said in a letter to RBC of October 29, 2019.

According to RBC’s lawyer Jairo Bloem, it is “absolutely incomprehensible” that Atlantis stated that termination is without reason or was unexpected, as parties have litigated on this matter for more than four years.

“The result of litigation was that RBC is completely within rights to terminate the banking relationship with you, as well as with Dawn Properties Ltd. and International Financial Planning Services Ltd.,” Bloem wrote in a letter of November 8, 2019. The reason for termination is changed risk appetite and a “legitimate fear” of damage to RBC’s reputation, the lawyer reiterated.

The fact that RBC did not immediately terminate its relationship with Atlantis after the judgment of December 15, 2017, does not mean that RBC forfeited its rights to terminate the relationship,” Bloem stated.

“In fact, your client could (and should) have used this additional time to find a different banking institution for their banking needs. As a matter of fact, it should have done so since the judgement of October 29, 2013. Not doing so comes to your client’s account and its account alone,” Bloem stated in a letter to Atlantis’ attorney Caroline van Hees.

Atlantis and its nine employees fear that when RBC is allowed to close the bank accounts the Atlantis casinos will also be forced to close down, leaving the employees without a job and income.

According to the judge in these proceedings, it emerged from the rulings in several previous court cases about the issue that the banking relation between RBC and Atlantis was legally terminated in conformity with the “requirements of reasonableness and fairness.” Therefore, Atlantis’ argument that RBC had acted in contravention of its “obligation of care” was dismissed.

In taking the far-reaching consequences of closure of the bank accounts into consideration, the court had ordered continuation of the banking relations on several occasions, most recently until the end of 2017.

Although closure of the bank accounts will have “far-reaching consequences” for the operation of Atlantis, the livelihood of its employees, the interests of its suppliers and its customers, it is simply not up to judge to order the continuation of the banking relationship contrary to court judgements in the main case, the judge stated in the verdict.

The judge also did not allow a temporarily extension, because six years have already passed and Atlantis has had ample time to seek alternative banking relations or take measures that could have persuaded RBC to restore or continue its relationship with Atlantis.