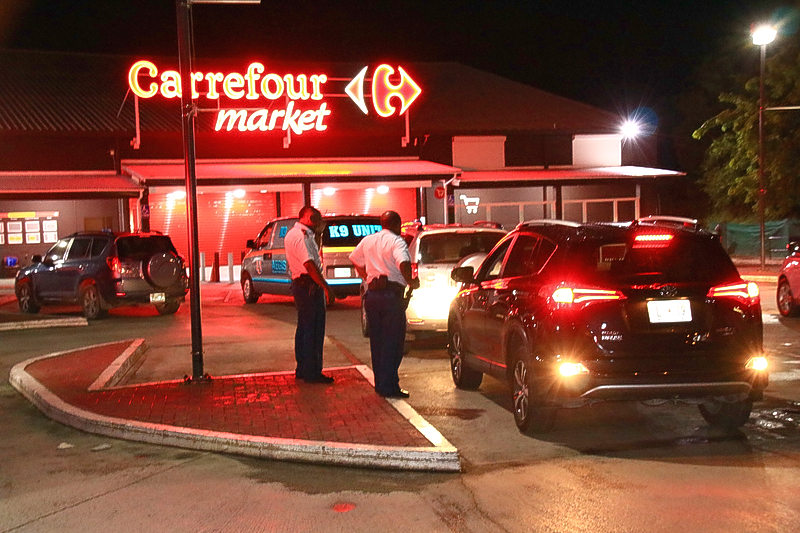 The men started to bang on the door and held the security guard at gunpoint threatening to shoot him if his co-worker did not open the door immediately. The guard inside the store already had alerted police and while he refused to open the door, the four men continuously struck the guard outside on the head with their guns, causing him to lose a lot of blood.

One of the men managed to destroy a camera on the outside of the building. The masked men jumped back on their scooters after their failed attempt and drove away before police were able to arrive at the store.

Police detectives were on the scene minutes afterward and called ambulance services to tend to the badly wounded security guard. Acting police spokesman Inspector Steven Carty was still gathering information concerning the attempted robbery on Sunday night and said he would give more details once they became available.