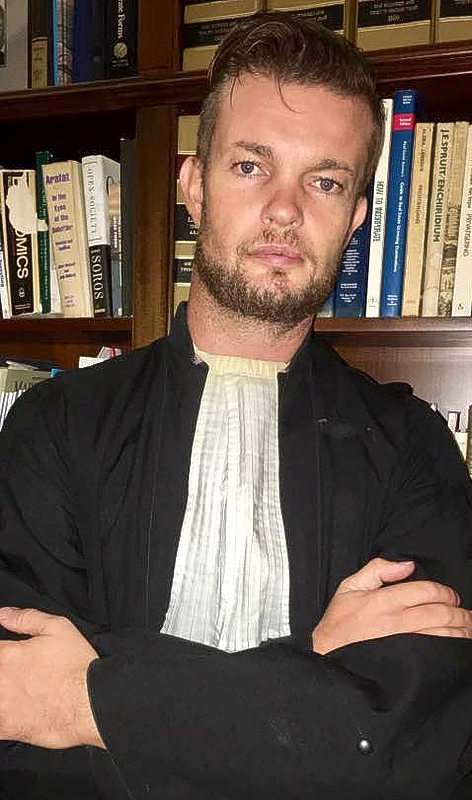 PHILIPSBURG–Attorney-at-law Geert Hatzmann has called for the arrest of a man (35) who allegedly severely mistreated his 58-year-old mother on February 22. Two weeks later the son is still a free man, much to the chagrin of the victim’s lawyer, who is a staunch defender of victim’s rights.

“For me, it is beyond shame that a man in the prime of his life beats up his nearly 60-year-old mother in such a way that even two weeks later she still cannot walk. It is clear that tit for tat is needed. In cases like this the Prosecutor’s Office cannot hide behind its eternal mantra of a lack of investigative capacity. The legal order has been severely shocked and you cannot ‘sell’ this slack attitude to the heavily-traumatized victim. In my opinion it is almost an invitation to family and friends to take the law into their own hands,” Hatzmann said about the Prosecutor’s Office’s apparent reluctance to pick up this case.

The victim, a nurse of American nationality, had a conflict with her son over the rights and obligations concerning an apartment. A couple of years ago, the woman informed her son that she wanted to sell the apartment building on Tangerine Road in St. Peters and that he would have to look for another place to live. He told her that he would not be moving out until she gave him US $40,000. She agreed as she did not want any problems with her son.

The woman told the Police that she received numerous complaints from the other tenants about him. “I came to the island on Saturday [February 18 – Ed.] to deal with all the complaints and my son…I told him that he had to look for somewhere to run and house his business because it was disturbing the other tenants. He got angry and told me that he was not leaving until I paid him $79,000, plus I had to give him three months to move. I asked him if he was crazy. I told him I had already agreed to give him $40,000 and the money was on the bank. I told him that as soon as he finds a place I would go to the bank and give him the money,” the woman told the police when reporting the crime.

“He told me he did not want $40,000 and if I didn’t give him the $79,000 he wasn’t going anywhere. I told him that I would look for a lawyer to tell me what to do. He told me to look for two because he had a good lawyer. I left him and went to the hotel where I was staying,” the woman continued.

Four days later she went to the apartment building again, but found the front door and gate locked. “I then yelled out to my son why he asked his wife to lock the gate from me. I told him that I was his mother and not a terrorist. I then told him about the lady that he got pregnant in the States. He then came out to me when he heard me say that.”

His wife heard the conversation and upon hearing about her husband getting another woman pregnant she got upset. “I heard when she hit him with something and they started arguing. Then I heard someone getting blows and then I heard my son’s wife crying and asking for help. So I went inside the house and saw that she was bleeding in the face and there was blood on the floor…P. [her son – Ed.] held her by her hair with one hand and was punching her in the face with the other hand. I tried to pull her away from him while I was yelling at my son to let her go. While I was doing this one of his workers tried to pull him away from her,” the mother said.

P. then released his wife and allegedly went at his mother. He reportedly grabbed her by the hair, threw her on the floor and punched her a few times in her face. “He held onto my hair with one hand and with the other he grabbed my face under my chin and tried jerking my head the opposite way. He was doing it the way they do in the movies when you are trying to break someone’s neck. He told me that I was not his mother and that I should have let him die when he had his accident. He started telling me that he would break my neck and kill me,” the woman said in the police report, which was made available by her lawyer.

P.’s wife ran out of the house screaming for help and came back with a few men who managed to get the son off his mother. “They all held on to him and I ran from the house,” the mother said.

“My client has been severely mistreated. Two weeks after the incident she can still barely walk and needs assistance in climbing up and down the stairs. Besides, my client is heavily traumatized after the dehumanizing mistreatment by her own son,” attorney Hatzmann said.

He said he was approached by his client on Friday, March 3. “Immediately after our conversation I sent my client’s police report, a medical report, and a series of photos of the injuries to the Prosecutor’s Office urging them to pick up this case immediately and to arrest the son. This has not happened,” said Hatzmann.

On Monday, the Prosecutor’s Office responded, assuring the lawyer that the case had its full attention and would be handled seriously. However, “Everything stands or falls with the investigative capacity,” Prosecutor Maarten Noordzij informed the lawyer.