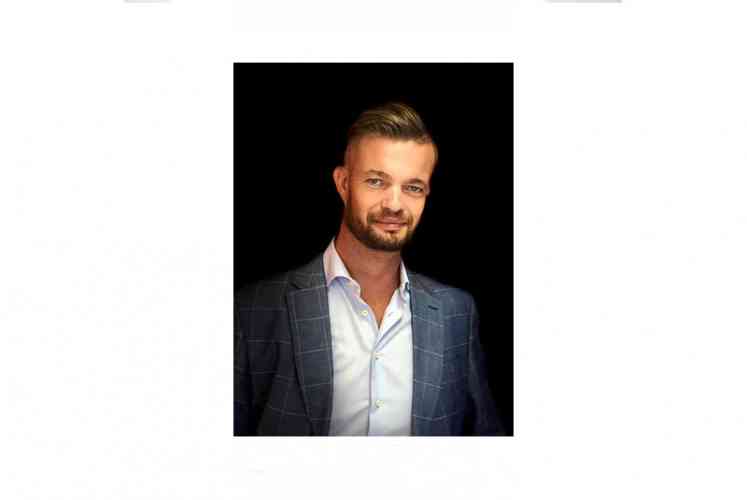 PHILIPSBURG–Dean of the St. Maarten Bar Association attorney-at-law Geert Hatzmann is sounding the alarm over the fact that St. Maarten does not have a clinic for the treatment of persons with psychiatric disorders who have committed crimes.

“People who are life-threatening due to a psychiatric disorder should be nursed in an institution until they are cured to such an extent that they no longer pose an –unacceptable – safety risk, but that is entirely not the case in St. Maarten,” said Hatzmann, who has 12 years of practising law in St. Maarten under his belt.

After serving their sentences, prisoners with a psychiatric background return to society without any noteworthy treatment and, according to the lawyer “no miracles” are to be expected from outpatient treatment by Mental Health Foundation (MHF).

“It is clear that this is a savings St. Maarten cannot afford. Of course, I also understand that a TBS institution is a huge cost item and that it will be quite a job to get this clinic staffed. But it just has to be, there is simply no other choice.

“Maybe a joint clinic could be established with the other islands of the former Netherlands Antilles, or with other, English-speaking, islands in the region, or with French St. Martin. Furthermore, MHF could be expected to pay more attention to social safety, even if this is at the expense of their patients and their freedom,” Hatzmann said.

“Many psychologically disturbed and extremely dangerous persons are known to both the Prosecutor’s Office and the mental health service and it is their task to do everything in their power to prevent new dramas from happening.

“As far as I am concerned, the time is up. In my capacity as Dean of the Bar Association, but even more as a criminal lawyer with 12 years of experience on this island, I think it is my job to sound the alarm. If we continue in this way we will be holding silent marches for victims of meaningless violence soon,” the Dean warns.

According to him, the ball is in the court of Parliament. “There must come an end to the eternal finger-pointing to the Netherlands, the whining about colonialism and the so-called victimisation. Just like with the carcinogenic dump and the prison, Country St. Maarten does not have its things in order, but it should do so today rather than tomorrow.”

Hatzmann built his case on a recent situation involving a 35-year-old client, a patient of MHF with serious psychological problems. The poorly-educated and unemployed man was convicted of attempted manslaughter several years ago.

Some three weeks ago, he was arrested on allegations of attempted manslaughter with the use of a knife and mistreatment of his 66-year-old mother, his brother and sister.

The question to the Investigation Judge was whether the client should remain in custody. The Probation Service had issued a report and strongly advised against a suspension of detention.

“Given the personal circumstances of the client, the [Probation Service’s – Ed.] reporter considered the chance of recidivism life-sized,” said Hatzmann, but MHF found no reason to take his client in, as, according to the psychiatrist, the incident was not of a psychiatric but of a “social” nature.

In addition, the client deserved a compliment because he always punctually shows up for outpatient treatment and invariably takes his medication, it was stated.

With this state of affairs and because preliminary detention in jail is not possible because there is no space and because the man could not be placed among other detainees because of his disorder, the Prosecutor found no objection to suspend the man’s detention, provided he would comply with a number of conditions.

“Apparently the Prosecutor expects a 35-year-old psychologically disturbed man who is unemployed, who’s still living with his mother and has no money to pay, to adhere to all agreements with the Probation Service as if he were a model patient and to cooperate in the treatment of his psychological problems, leave his family with whom he has problems in peace and arrange a new place for him to live in,” in adhering to a restraining order.

He expressed his surprise about the Prosecutor’s position, “especially when you see that the Prosecutor’s Office is doing everything it can to keep certain white-collared suspects, who do not pose any danger, in custody for as long as possible.”

Hatzmann said he was “utterly bewildered” about the psychiatrist’s and MHF’s downplaying of the alleged abuse of his client’s elderly mother and other family members as a “social incident,” completely independent of the existing psychological problems.

“It is completely ridiculous that my client is even complimented for always appearing neatly on time for his appointments and taking his medication punctually. It seems to me that treatment apparently had insufficient effect and it is ‘hutzpah’ [‘rude’ or ‘boldly impertinent’ – Ed.] that the psychiatrist/MHF think it best for the client to simply return to his family as if nothing had happened.”

The Judge of Instruction also found the suspension under the conditions as proposed by the Prosecutor irresponsible and kept Hatzmann’s client in detention for the time being.

“Considering the attitudes the Prosecutor’s Office, and in particular MHF have been demonstrating in this case we can wait for a similar case happening here in St. Maarten,” said Hatzmann, in referring to a recent case of failing supervision by psychiatric institutions in the Netherlands which led to the murder of a young woman by a psychiatric prisoner on leave.

“In St. Maarten, I think there are dozens of people who are severely mentally ill and potentially life-threatening. Some of them walk around freely. They are people who have already become violent, but have not yet caused a very serious injury or killed people. My client falls into this category.

“In the absence of adequate instruments, such persons are sometimes detained for a short time, but precisely because they are not or largely not responsible for their actions because of their mental disorders, their detention remains limited and they are released without being properly treated, which is downright dramatic for their environment, because these people go back to the same mini-market to steal and rob and also to their elderly mother, whom they taunt, threaten, spit on, steal and abuse.”

A second category concerns people with mental disabilities who are detained for a relatively long time because they have killed another person or nearly done so.

“With regard to these cases, the suspects were not held fully responsible for their actions. Because this was the case, they received a much lower sentence than fully-accountable suspects. Penalty assessment according to the degree of responsibility: I can only agree wholeheartedly with that,” Hatzmann concluded.