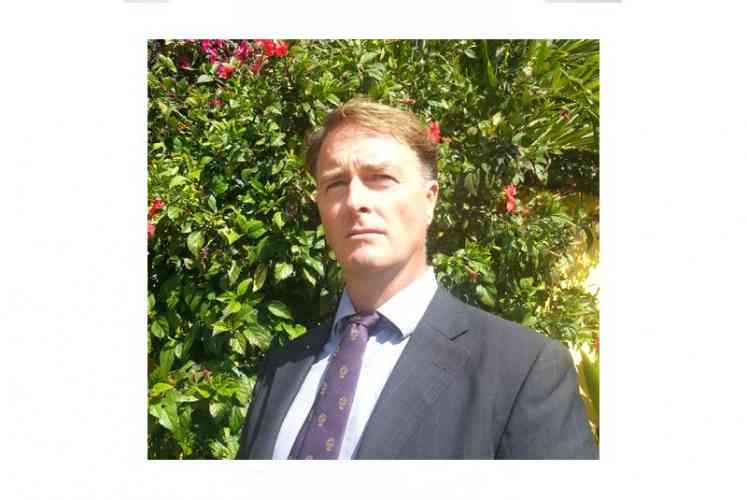 ~ To focus on justice, immigration ~

PHILIPSBURG–Attorney at law and former two-term President of the Bar Association Remco Stomp will be contesting the January 9, snap parliamentary elections as the number 6 candidate on the United Democrats (UD) slate.

Stomp, an attorney since 2001, told The Daily Herald on Wednesday that he decided to contest the elections because he is not happy with what he sees happening in the justice field. “There is a lot to be done,” he said, noting that he wants to help bring about positive changes in this field. “the current immigration policy is not sustainable at all.”

He said immigration to St. Maarten has been steadily increasing over the past decades. “Our island has attracted many people hailing from many different islands and countries looking for a better life. Attracted by job opportunities and economic prosperity not available in their own countries, they have taken up jobs in almost every sector of our local economy. Some arrived for jobs, some for family reunification, others for starting a business. Some as refugees fleeing oppressive regimes, some as pensioners living the so-called Caribbean dream and others for a combination or part of all of the above.”

He spoke about immigrants who recently arrived on the island, most notably Venezuelan immigrants many of whom he said appear to be economic refugees since the situation in Venezuela is deplorable. “Their need for work and money to send back home is therefore fully understandable. These people and other undocumented immigrants alike are, however, often being taken advantage of and put to work for (much) longer hours and (significantly) less pay than the average local worker.

This vulnerable group of people is an easy target for the contractor or company that only cares about its profits. By not paying the social premiums, insurances and minimum wage according to the law, these contractors and companies are depriving both the country of much needed revenues, but also the workers themselves of the necessary social security a decent income and maybe more importantly, the chance of the local job-seeking resident to a fair chance to obtain employment.”

He said the formal procedure is that a contractor or company would contact the local labour office to place a vacancy for local workers and place ads in the local newspaper to recruit the people needed. In case the number of local workers would not be sufficient, work permits could be applied for.

Those companies, on the other hand, that correctly adhere to the rules and regulations and are in real need of personnel, should be able to obtain the necessary work permits without delay, in order not to hold up the economic activities. “Putting undocumented immigrants to work, however, completely undermines this system and gravely sabotages the local labour market.”

He believes that contractors and companies must be penalised for their behaviour against the law. “At the same time, the fact that large groups of undocumented immigrants walk along our streets, desperately looking for jobs, encourages illegal behaviour and destabilizes the labour market and therewith potentially our society as a whole. Reason why a proper immigration policy should be firmly in place.”

He stressed that a proper immigration policy means that only people are admitted who have the correct documentation to enter the country. “The ones who are not in possession of said documentation will have to be denied entrance or requested to leave and in the event of non-compliance to be deported as a last resort measure for which St. Maarten notably has an appropriate, newly constructed – but barely used – holding facility at the police station in Simpson Bay.”

He added that rules and regulations on how to obtain the correct documentation should at the same time be readily accessible; preferably online, but also via multilingual brochures as well as other media. “Transparency is key in this matter. When people are properly informed, they can be justly held accountable in case they breach the law. The rules may be very strict but fair and fully in line with international standards taking into consideration the particular position of a small island state. This means that by the sheer lack of space and resources inherent to a small island, rules may be stricter than in the case of bigger countries that are capable of absorbing significantly larger amounts of people.

“Once people are properly informed one can implement the rules and regulations with much more legitimacy even though they may be very strict. Once a strict, well-regulated system is in place, thereby limiting undocumented immigration instantly, the country can then decide to make exceptions, but only on a case to case basis and mainly grounded on human rights principles. Exceptions should in any case be limited and with regards to large groups of asylum seekers or humanitarian refugees, like the Venezuelan citizens, the country should seek and if necessary, demand, international assistance. Cooperation and communication are essential in this regard.”

For these reasons, Stomp stressed, a robust, but fair and well implemented immigration policy is key. “The lack of a decent immigration policy has significant destabilizing effects on society and can no longer be ignored. A rise in crime would most likely be the result for the sheer lack of opportunity to obtain decent employment for the local population, in particular on an island without a proper social welfare system in place and where housing and food prices are disproportionately high. Certainly, the improvement of job opportunities also requires other measures like job training and education possibilities.”

He said the lack of consistency in vision, if any, policy and implementation over the years has created an unstable and potentially dangerous situation in St. Maarten that has to be urgently addressed. “Additional police, immigration officers and supporting personnel, have to be recruited and they will have to get the means to properly execute their tasks. That means they and their colleagues have to be properly equipped, paid and treated. This works two ways as from a properly paid and well treated civil servant one may expect integrity and professional service,” said Stomp.

“Additional, funds have to be allocated to these measures and may be partly financed with the revenues from the work permit and resident permit application fees. In addition, structural assistance, from the Kingdom and the Dutch Government in particular, is required for local immigration if only for the fact that St. Maarten immigrants may well likely turn up in Holland. Certainly, Holland has the official task to protect our borders, which implicates continuous and additional support to the Coast Guard, as well as local law enforcement. Excellent communication and cooperation with the respective Kingdom partners and in particular Holland are therefore essential. Since we form a two-nation island, communications between the two island sides must also be excellent, both on the local level as on the higher level, between Holland and France, are imperative for a successful immigration and law enforcement policy. For the interest and well-being of St. Maarteners and foreigners alike, this topic can no longer be neglected. Immediate action is necessary.” 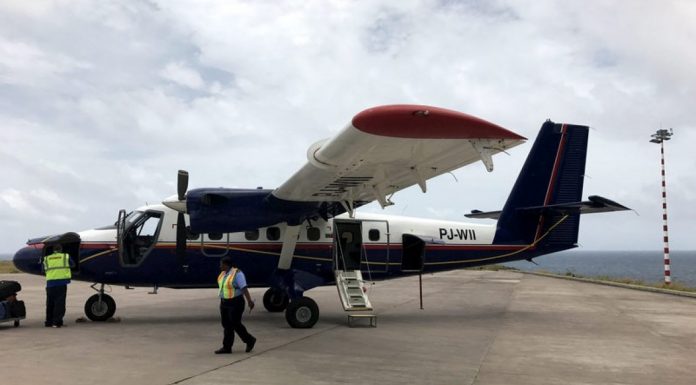 Saba will not open its borders to St. Maarten | THE DAILY HERALD

July 3, 2020
0
SABA--Saba will not open its borders to St. Maarten for visitors and leisure travel, Island Governor Jonathan Johnson said early Thursday evening. While some measures in combating the coronavirus COVID-19 pandemic and some “small risks” have been introduced, such as...
Read more 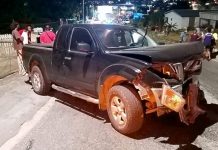 July 3, 2020
0
The vehicles involved in the head-on collision on Wednesday evening. COLE BAY--Five persons, including a two-year-old, were injured when an overtaking black pickup truck collided...

July 3, 2020
0
The vehicles involved in the head-on collision on Wednesday evening. COLE BAY--Five persons, including a two-year-old, were injured when an overtaking black pickup truck collided...