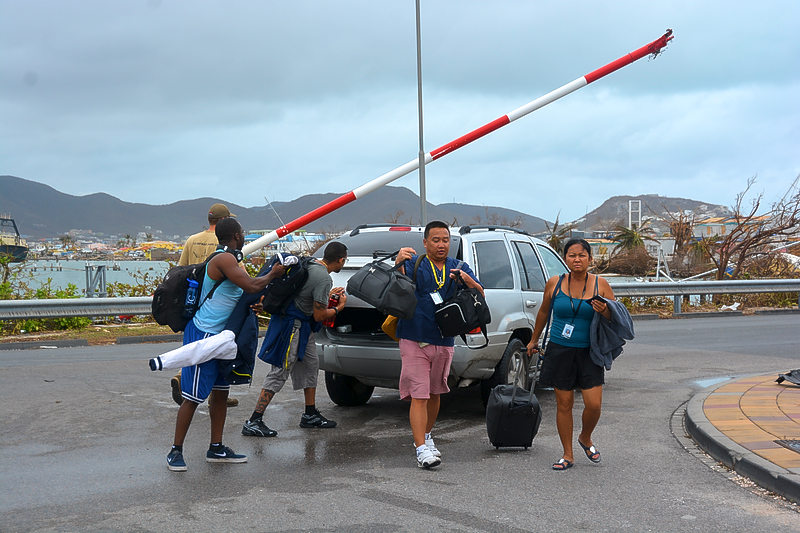 CUPECOY–Like many places in St. Maarten, American University of the Caribbean (AUC) School of Medicine sustained some amount of damage during the passage of Hurricane Irma, which hit the island on September 6, and the institution has relocated its medical education programme to a temporary location off-island.

More than 700 students and faculty have been evacuated from the AUC campus in St. Maarten and those interested will continue their fall semester at a temporary location in the United Kingdom, AUC Senior Director of Communications and Strategic Initiatives Chris Railey told The Daily Herald.

“Our campus buildings have sustained some damage, but we will not know the extent of the damage until we complete a full campus assessment, which we expect to do by the end of [this week – Ed.],” Railey said.
“After evaluating multiple options, we determined that the UK option was the best option to pursue. We have identified an outstanding institution in the UK that is willing to provide just the space we need and we have already received approval from some of our regulatory agencies to operate our programme in the UK,” AUC had said in an earlier notice to its faculty and students.
Railey said that while AUC is busy making arrangements to continue its September semester at the temporary location in the UK, he has assured that the institution has not abandoned St. Maarten. “Our plan is to return to St Maarten and resume classes there once our campus can operate normally and the island infrastructure and business community can support our students and faculty members’ lives,” he said.
The AUC classes are expected to continue in northern England in an area served by the Manchester Airport. The classes are expected to start on Friday, September 29.
AUC had also reported that all students who took shelter in its Building 2 and in its on-campus housing were safe and accounted for, with no major injuries reported following the hurricane. While areas of AUC’s campus were damaged, these two buildings held up during the storm. AUC sheltered approximately 500 students, loved ones, colleagues and island residents.
“This is a tremendous relief considering the power of Hurricane Irma and the difficult situation on the island,” AUC had said in a recent notice to its students and faculty.
US military and charter flights evacuated AUC students, their spouses, children and pets off-island days after the hurricane and AUC had also offered temporary housing in Chicago.
AUC has also set up an Assistance Fund
(www.aucassistancefund.com) through its parent company Adtalem Global Education. The foundation is designed to collect financial donations from the people and organisations who have extended offers to help AUC. In the future, AUC will be distributing these funds directly to those in its community who were impacted by the storm.
“The AUC community has demonstrated tremendous resilience during a very difficult situation. We are confident that the members of the AUC family and AUC itself will persevere and come through this unexpected challenge stronger than before,” a notice from AUC had stated.