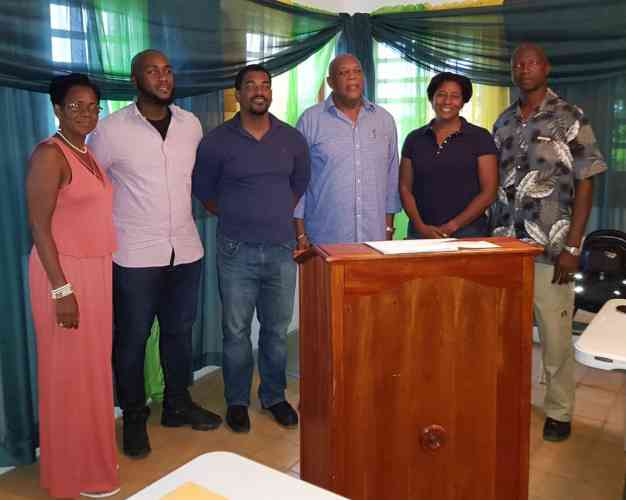 ANGUILLA–The ruling Anguilla United Front (AUF) party concluded its Annual Party Convention at Dorak’s Place on Sunday, November 4. The conference was attended by some fifty delegates and the activities included a feedback session on government’s performance by the delegates and a report on achievements made over the three years.

There was an election for new officers to serve on the AUF Executive. Deputy Political Leader is now Cora Richardson-Hodge, Party Chairman Lockhart Hughes, General Secretary Othlyn Vanterpool, Chair of the Youth Arm Jose Vanterpool and Chair of the Women’s Arm Vonetta Connor. These positions are seen as critical in the lead-up to the 2020 General Elections.

Party leader and Chief Minister Victor F. Banks thanked the outgoing executive and had particular commendations for Fritz Smith, who served as Party Chairperson for the last 10 years, and Evans McNiel Rogers, who served as Deputy Political Leader. He welcomed the new executive and was particularly pleased to have a woman as Deputy Political Leader.