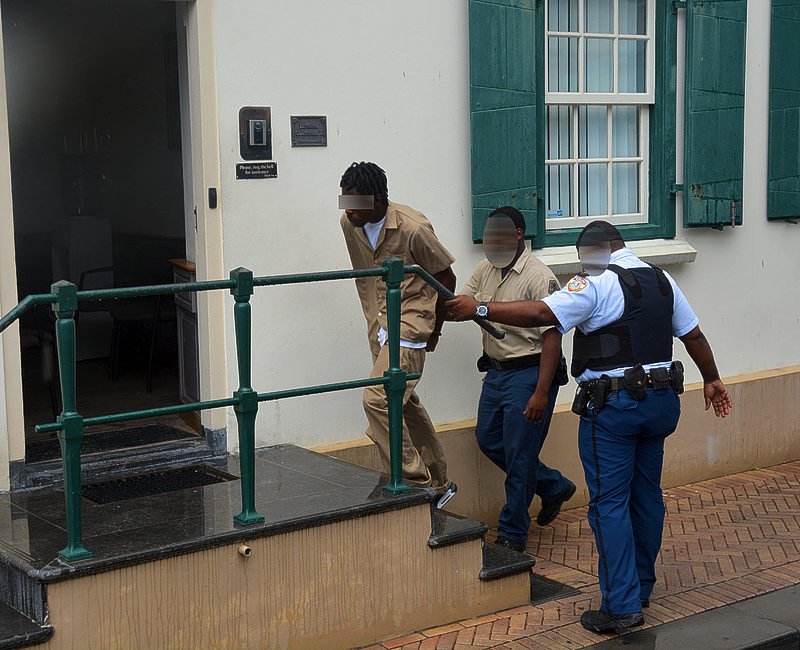 PHILIPSBURG–The hearing of two suspects involved with the murder of Eddie York Sr. on December 12, 2014, was postponed once again on Wednesday, for the drafting of psychiatric reports. The cases against aunt J.E.Y. (34) and her nephew R.H.O.Y. were rescheduled for November 2.

York, who was 72 years old at the time, was found dead in his bedroom in his Upper Prince’s Quarter home. Nine months later, J.E.Y. was arrested on September 16, 2015, for allegedly having played a role in York’s sudden death. R.H.O.Y. is suspected of being the triggerman.

The case allegedly unfolded against the background of complex family relations. Reports suggest that J.E.Y. paid her nephew US $1,000 to kill York.

York was the father of 26 children and was well known in his district. Before he died, J.E.Y. allegedly presented documents at a notary’s office giving her authorisation to act as the owner of York’s land. This raised a red flag in the enquiry after the killing.

R.H.O.Y. is charged with having fired the gunshots which killed York Sr. The charges against his aunt include aiding, abetting and being an accessory to murder and manslaughter.

During previous court hearings, J.E.Y. said she did not know why she had been arrested as she had nothing to do with York’s death.

According to her nephew, his aunt had approached him and had provided the firearm with which he was to carry out the crime.

In the Prosecutor’s Office’s opinion it cannot be excluded that the aunt, who was convicted in 2013 of a violent crime, also had been at or near the crime scene herself.

Wednesday’s hearing was postponed at the request of defence lawyer Safira Ibrahim, who insisted on her request for a psychiatric assessment of R.H.O.Y.’s mental condition, concerning his accountability.

Prosecutor Martin van Nes explained to the Court that the suspects were not submitted to such assessments, as Mental Health Foundation’s psychiatrists had not been able to provide reports of this nature. Possibilities to fly in a psychiatrist from Curaçao had not been investigated in their cases, as this proves to be a costly and cumbersome method.

Van Nes told the Court that he did not object to the lawyer’s request for a postponement and for the drafting of a report.

J.E.Y.’s lawyer Shaira Bommel objected to a delay, as she wanted to close her client’s case. “My client is waiting for a year already,” Bommel said.

She called upon the Court to lift or suspend J.E.Y’s pre-trial detention. “My client has not been involved and has no knowledge about the incident,” the lawyer claimed.

The Prosecutor objected to the suspect’s release, and the Judge followed suit. He decided that both suspects remain behind bars until the November hearing.