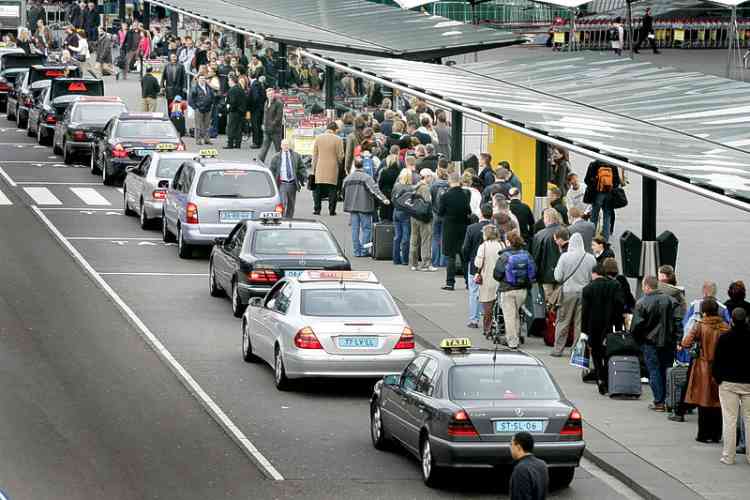 Passengers waiting in line at the taxi stand at Amsterdam Schiphol Airport.

AMSTERDAM–Hundreds of illegal taxis are operating in the Dutch capital and around Amsterdam Schiphol Airport, government inspectors said in Thursday’s Het Parool newspaper.

The inspectorate, police and tax office officials have launched a crackdown on illegal taxi operations. So far 20 companies have been tracked down, some with over 100 drivers, the paper said.

“It all looks good in the taxi register but as soon as we look into things, we find oddities,” inspector Sikko Oosterhoff told Het Parool. ‘BVs go bankrupt, contracts with drivers are signed in dodgy cafes, payslips are missing, and the owner can’t be found.”

By not sticking to the rules – such as having an onboard computer – illegal taxi companies are able to get rich quickly, but consumers are unaware anything is wrong, because the fees they charge are in line with official rates, the paper said. The illegal companies also advertise their services online, similar to legitimate taxi firms.