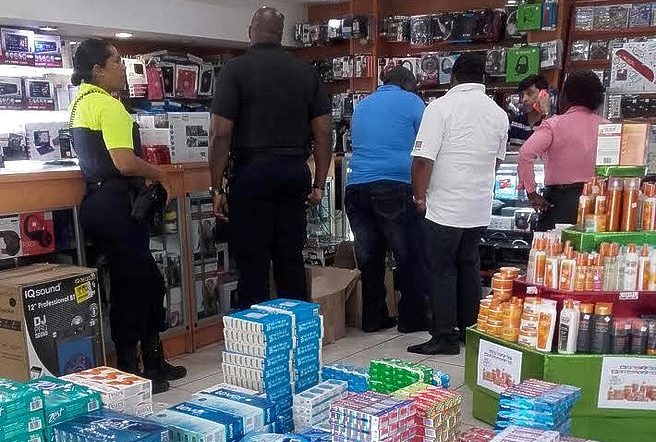 PHILIPSBURG–Joint controls were conducted by several Government departments under the leadership of the Police Force at different business locations on Front Street and Back Street on Thursday.

These Departments included Immigration and Border Control, Social Security Department SZV, bailiffs, Tax Department, Labour Department and Economic Affairs. Representatives of each department had the responsibility to conduct a control based on the laws pertaining to their respective department.

As a result of these controls, the Police Force announced on Friday that it will be investigating three cases in which the exploitation of persons is suspected. The Labour Department will be dealing with two cases where persons have been caught working without the necessary work permit.

One woman was brought in because of her illegal status on the island and the intention is to have Immigration initiate deportation procedures as soon as possible. The company with which this woman was employed will also be dealt with in regard to the employment of an undocumented person.

It is the intention for these joint controls to be conducted more frequently to assure that all businesses on the Dutch side are not in violation with any laws.