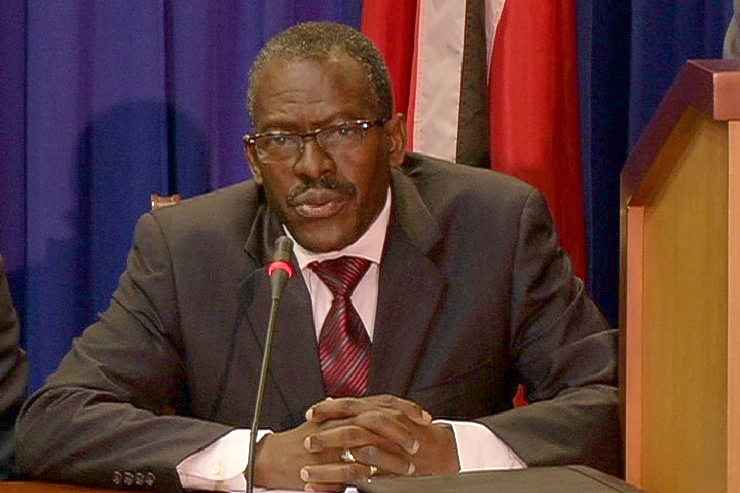 PORT OF SPAIN, Trinidad–Law enforcement officials are trying to verify the authenticity of a reported threat by ISIS to attack shopping malls in Trinidad and Tobago in the coming days.

But National Security Minister Edmund Dillon is urging citizens not to panic.

His comments come on the heels of two audio recordings that have been circulating on social media, in which two men talk about getting word that the terrorist attacks would take place between Thursday and Sunday.

In a statement issued Tuesday morning, in which he also condemned the early morning killings of a police officer and a soldier, Dillon urged citizens not to be guided by rumours, and to remain calm and vigilant and report any suspicious activity.

He gave the assurance that the country’s intelligence agencies are working to authenticate the origin of the threats and the findings would be generated in a timely and accurate manner.

“Minister Dillon wishes to assure citizens that the Ministry of National Security and its agencies will continue to work together to do all that is necessary to ensure the safety and security of all,” the statement said.

Leacock (42) was killed when he confronted four intruders in his home. He was shot in the chest and the criminals drove off in his vehicle. John was walking home, talking on his mobile phone, when he was shot in the head.

Dillon stressed that “criminal attacks will not be tolerated against the protectors of this country’s laws and Constitution,” and said he would do all that is necessary as he leads the fight “to annihilate the menace to society.”

Early Tuesday morning, he summoned all Operational Heads from the TTDF, the TTPS and the Intelligence Agencies to an emergency Operations Meeting to reinforce the execution of the Ministry of National Security’s crime-fighting strategies. He said the meeting focused on deterrence, detection and prosecution. ~ Caribbean360 ~