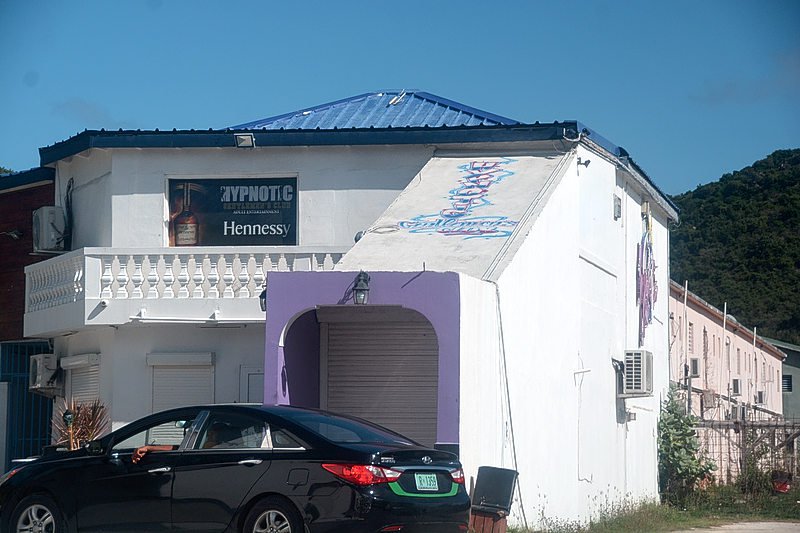 ~ Manager arrested on the spot ~

SUCKER GARDEN–Members of the Human Trafficking and Human Smuggling Unit of St. Maarten Police Force KPSM raided Hypnotic Club, a brothel, at 8:00pm Monday after receiving a tip that some women working at the club had no working documents. Twenty-seven women were detained and placed under the supervision of the Immigrationand Border Protection (IBP) Service.

According to a joint statement from the police and Prosecutor’s Office, “On entering the brothel to identify possible illegal employment, members of the KPSM were assisted by members of the Royal Dutch Marechaussees.

“A total of 27 women were present in the brothel and were working without a valid residence permit. This was reason for the Prosecutor to also come to the site. The 27 women – originating from Venezuela, Colombia and the Dominican Republic – have been placed under the supervision of the Immigrationand Border Protection Service and a deportation procedure has been initiated.”

Hypnotic manager J.P. (41) had been arrested previously in connection with involvement in human trafficking in the Casa Blanca brothel (Papegaai investigation). J.P. has been arrested as a suspect for these new offences and the Prosecutor’s Office will present in the Court of First Instance its request to annul J.P.’s suspended detention in the Papegaai investigation.

The Human Trafficking Unit has been active since November 16 last year, when it performed house searches in the Casa Blanca brothel in Oyster Pond and at several houses. The house searches were led by the Judge of Instruction and the Prosecutor. Four suspects were arrested.

Chief Prosecutor Ton Maan had requested that the then-Minister of Justice suspend Casa Blanca’s brothel licence while awaiting the further criminal investigation, but this request was denied.

There was no word from the Prosecutor whether they will request that the current Minister suspend Hypnotic’s licence.