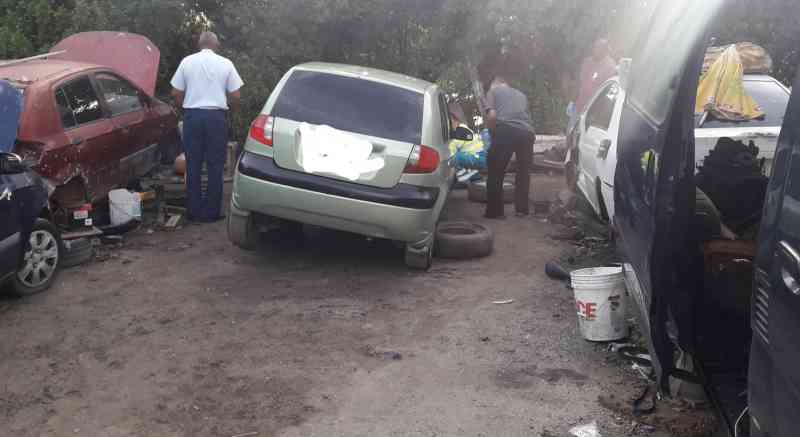 PHILIPSBURG—An auto mechanic is believed to have died when a car he was working on fell on him at his yard in A. Th. Illidge Road late Friday afternoon.

“At approximately 05.15 p.m. the Central Emergency Dispatch received a call concerning a serious accident in one of the alleys next to Oasis Restaurant on the A. Th. Illidge Road involving an auto mechanic. On the scene the investigating officers encountered the body of a man identified with initials V.A.D.H. (34), born in the Dominican Republic and who is a self-employed auto mechanic lying on the ground under a vehicle,” Police Spokesman Chief Inspector Ricardo Henson stated in a press release.

“The victim was not showing any signs of life and the based on the situation it seemed that the vehicle possibly fell on the victim while he was working on it,” he added.