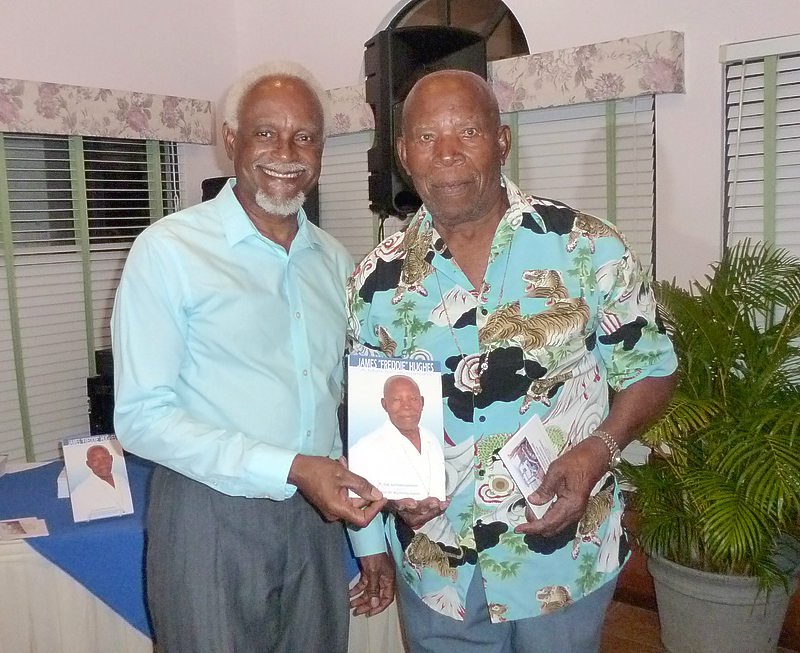 ANGUILLA–A new and profoundly interesting book, James “Freddie” Hughes, a Man for all Seasons, was launched here on Friday May 12. It is the autobiography of well-known James Hughes, known to all as Freddie, who told his life story over the past months to Reverend Wycherley Gumbs who edited and wrote the book.

The 90-year-old Hughes retells the story of his youth in a very different Anguilla, with no roads, electricity nor public supply of water for half of his life. From a young age he “went to sea,” and the book tells the story of his many sea adventures throughout the Caribbean. It continues with his business successes in Anguilla, his experiences in the Revolution, and the Anguilla of today.

He has dedicated the book to his children and grandchildren, and states his great satisfaction from their accomplishments. His two sons, Frankie and Lowell are physicians, his daughter, Shirley, is an immigration officer and son Rommel a civil engineer.

At the launch Hughes’s brother, the former chief minister, Hubert Hughes recalls many of the incidents of growing up together, and his older brother’s love of boating and fishing from a young age. He said that he took boating seriously and made sure to have the latest equipment. He also noted that Hughes took a great interest in his education and encouraged him at all times. He said he was known for his strong physique but he was also a caring and responsible person with his greatest attribute being humility, according to Hubert.

Kenneth Hodge, who did the artwork and design of the book said he was happy to be associated with the project. He commended Hughes for the personalised history that he described as very fascinating and praised Reverend Gumbs “who did a masterly job of turning it into interesting narrative.” He suggested that the book be on the curriculum of all schools on the island as there is a lot of history in the manuscript. He also suggested that similar books be written and history recorded while well-known persons are still alive.

Other speakers at the event were Candis Niles, Haydn Hughes, Lowell Hughes and the story-teller Freddie and writer Gumbs. The many persons attending the launch congratulated all concerned for the success of the book.