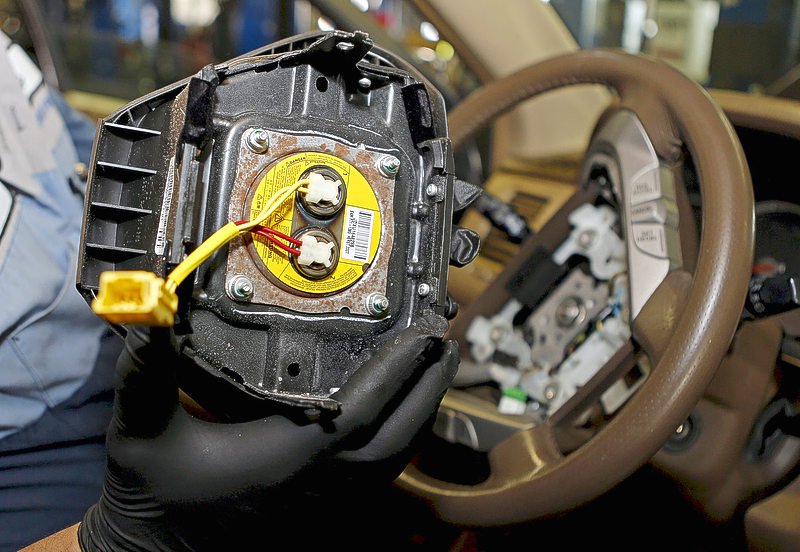 Honda Motor Co is recalling 4.5 million U.S. vehicles while Fiat Chrysler Automobiles NV is recalling 4.3 million, according to the documents. The new recall is focused on passenger-side air bag inflators, while prior recalls were for all frontal inflators.
Takata declared 14 million inflators defective in the first phase of its latest recall, and the Friday notice is included in that total. Under U.S. government pressure, Japan’s Takata Corp this month agreed to declare as many as 40 million additional air bag inflators defective by 2019 in a move that will involve recalls by 17 automakers.
Takata inflators can explode with too much force and spray metal shrapnel into vehicle passenger compartments. The defective air bag inflators have been linked to at least 13 deaths and more than 100 injuries worldwide. The vehicles being recalled were built between 2002 and 2011 and include pickups, SUVs and cars.
Separately, Takata is in bailout talks with a number of potential investors including private equity firm KKR & Co, a source told Reuters on Thursday.
Takata and the automakers say there are no reports of any ruptures involving the vehicles in the latest recall. They are prioritized by the car’s age and the risk of exposure to high humidity. As a result, some owners may not get replacement inflators for several years.
Automakers worldwide had previously recalled about 50 million vehicles with Takata inflators.