Home Local News AVP wins, but left out of Government 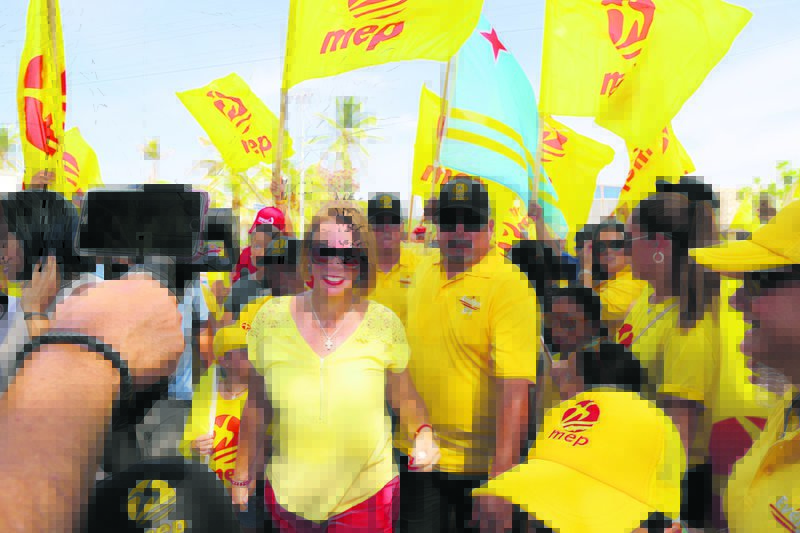 ARUBA–The AVP of Prime Minister Mike Eman narrowly won Aruba’s parliamentary elections on Friday by about 1,000 votes after the final ballots had been counted Saturday morning, but will not be part of the next Government. Eman also announced he would step down as party leader.

AVP lost four of its 13 former seats (almost 10,000 votes) and ended up with the same nine as main opposition party MEP. Newcomer POR got two seats and RED one, with respectively 5,500 and 4,100 votes.
Electoral Council Chairman Glenn Thodé announced the final results at 10:00am.
MEP and POR are expected to form a new governing coalition with a majority of 11 in the 21-seat legislature, although RED may also be asked to join and broaden the support base to 12. If MEP leader Evelyn Wever-Croes heads the next cabinet she will become Aruba’s first female prime minister since the island gained autonomous country status in 1986.
The turnout was 83 per cent of close to 71,000 eligible voters. Santa Cruz scored highest with 87 per cent and San Nicolas lowest with 79.5 per cent. Of the total more than 59,000 ballots cast, some 700 were declared invalid.
“The people chose a different direction by in any case not giving AVP the absolute majority to continue. They have offered a coalition the chance to carry governing responsibility and we will allow that process the necessary space,” said Eman.