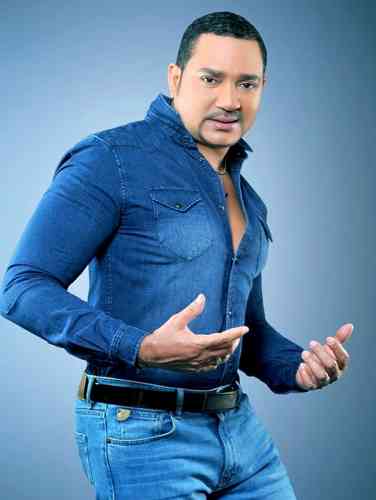 PHILIPSBURG–St. Maarten Carnival Development Foundation (SCDF) in collaboration with Dewar’s White Label will host Noche Latina 2018 as part of the 2018 Carnival festivities. Noche Latina will be held on April 25 and will feature four popular acts out of the Dominican Republic over three genres of Latin music.
This is the second year SCDF will host the event, having taken over the concert from independent promoters. It is also the second year the Foundation has stuck to an all-Santo Domingo line-up of artistes before looking to branch out to bigger acts starting in 2019 for Carnival’s 50th anniversary.

Noche Latina 2018 will feature a bachatero, a salsero and two urbano performers. Leading the way are two of the best-known bachata and salsa singers: Frank Reyes and Yiyo Sarante. They will be complemented by energetic urbano performers La Insuperable and El Alfa.

“We wanted a combination that will appeal to all ages. With these four acts we believe we have a spectacular line-up for Noche Latina,” SCDF President Alston Lourens said.
Tickets for the show will be US $35 in advance and $40 the week and night of the show. Ticket locations will be announced at a later date.
Frank Reyes, born June 4, 1969, is one of the best-known bachata artistes, famous throughout Latin America. He discovered his musical talent when he was a young boy. He and his brothers started their own musical group and had great singing talent.
When he was only 12 years old, he decided to travel to Santo Domingo where he worked hard and had many jobs, always dreaming of having his own business. As he got older he recorded his first album “Tu serás mi reina” and became the self-appointed “Prince of Bachata” (El Príncipe de la Bachata).

Latin pop and salsa star Yiyo Sarante (born Eduardo Sarante) began his music career at an early age as a percussionist. Born into a musical family – he is the seventh of nine children – in the town of Bani, Peravia province, Dominican Republic, his early years spent in Dominican orchestras eventually led him to become a singer in a resort, and in 2003 he joined his brother Julián Sarante’s orchestra. In 2010 he teamed up with his producer brother José Sarante and began releasing music under the Yiyo Sarante moniker.
La Insuperable is known for her prolific solo career in the Latin pop music genre. She has maintained her own insuperable69 YouTube channel, where she frequently posts new songs and music videos of hers. She released her debut album, “La Mami del Swagger,” to iTunes on May 27, 2013. One of her most popular videos on her YouTube channel is the music video for her song “Dime Linda Te Llenaste De Odio Dir” off of her debut album. It has garnered more than three million total views.