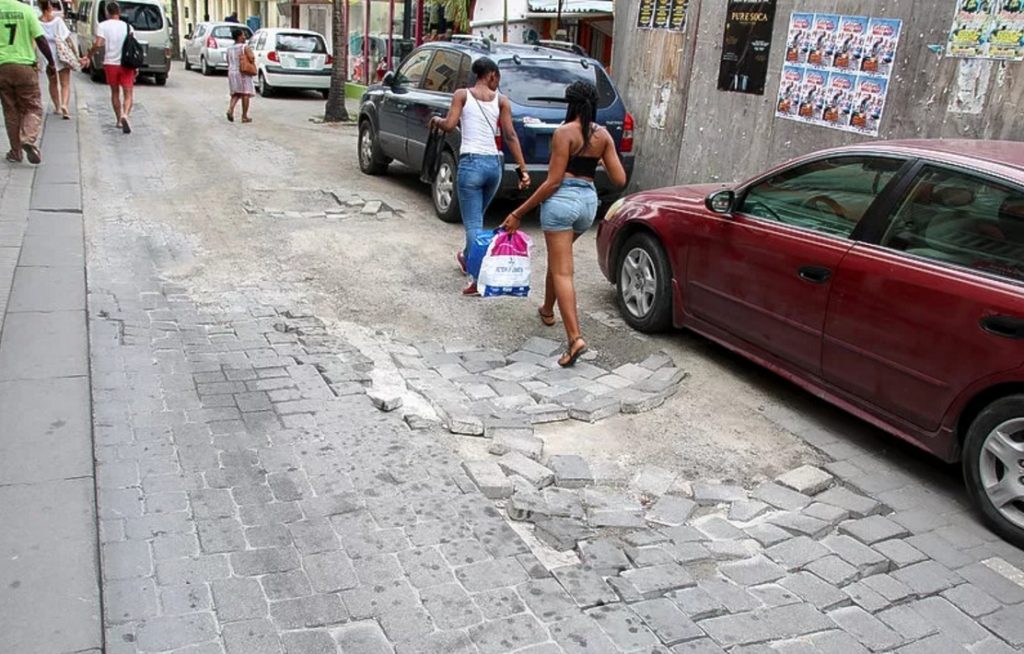 PHILIPSBURG–Contractor Windward Roads was selected by the Council of Ministers on July 28 to conduct the NAf. 1,472,482 upgrading of Back Street in Philipsburg. However, the company has not yet received the contract to execute the work, according to Windward Roads Managing Director Janhendrik Boekaar.

Outgoing Minister of Tourism, Economic Affairs, Transport and Telecommunication (TEATT) Ingrid Arrindell in an invited comment gave a timeline from the beginning of the project to where Government is now.

The Philipsburg Infrastructure Improvement Beautification Front Street and Back Street was approved by the Council of Ministers on July 28. The approval of the total investment cost is covered by the capital investment of the TEATT Ministry.

The advice was adjusted whereby the inclusion of the upgrading of Back Street was approved.

“Port St. Maarten would advance the financing for and undertake the responsibilities related to the upgrading of the infrastructure of Philipsburg. The submitted offer by Windward Roads to cover the works for replacing bricks was also approved by the Council of Ministers,” stated Minister Arrindell.

“I sent a letter to the CEO of the Harbour Group of Companies Mark Mingo informing him that the works have been approved. The Port had to instruct Windward Roads to commence with the project. I was unable to receive a date from a representative at the Harbour.”

The Daily Herald contacted Bertrand Peters of Port St. Maarten, who is in charge of Governmental Affairs, and he said the TEATT Ministry was the body that out could give information about the project, not the Port. “Everything was done on the side of the Port,” he stated.

The project also has a contingency allowance for the execution of a sewage house connection and repairs of Back Street, as well as the installation of palm trees.

Patience is running thin for the St. Maarten United Bus Drivers Association, which has been pleading with Government for months to get the area repaired before the high season begins. Association President Claude Omeus is fed up with the games being played with his members’ buses on a daily basis.

“We have to drive on the deplorable street every day, and every month we are hearing that it is being worked on. First there was no money, wait for the budget, but in the meantime money was found to quick fix Front Street for Carnival parade to pass on it.

“Visitors are complaining almost every day about the condition of the street. Before elections, the bricks were painted blue and it showed Ministers and parliamentarians announcing that work will begin the next weekend. We are now two weeks later and no resurfacing, just a bad street,” stated Omeus.

The Association is worried that a new Minister means that the entire process of the project will have to be re-evaluated by that person.