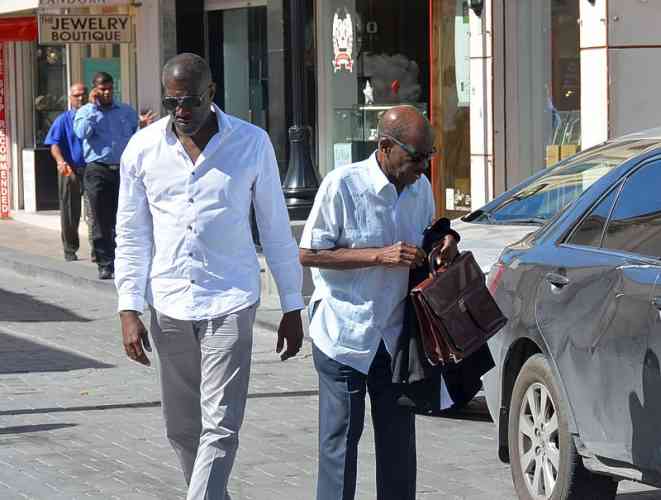 PHILIPSBURG–All suspects in the Bada Bing case were acquitted of charges of women trafficking. Other charges, however, including bribery and tax evasion, were found proven by the Joint Court of Justice on Wednesday.

Main suspect in this case, Bada Bing’s proprietor and Director of its holding company Lunteren N.V. Jaap van den Heuvel (52), has maintained throughout the legal proceedings that he had done nothing wrong and denied the allegations of bribery of former independent Member of Parliament (MP) Patrick Illidge, and of forgery, trafficking of women, tax evasion and money laundering.

On Wednesday, the Court of Appeals did not find it proven that Van den Heuvel and Bada Bing manager Krijn van den Brug were guilty of trafficking of women.

According to the Court, the women were not exploited at the currently defunct adult entertainment club in Simpson Bay. The “exotic dancers” earned decent wages and were generally treated well, the Court said in its verdict.

The Court did find it proven that Van den Heuvel and former Member of Parliament Patrick Illidge were guilty of bribery in an effort to obtain a permit from then Minister of Economic Affairs Romeo Pantophlet.

Statements that the payments Van den Heuvel had made to Illidge, and which were caught on video, concerned repayments of a loan were rejected by the Court as “incredible.”

It was also found proven that Van den Heuvel had forged a rental agreement and had committed money laundering and tax evasion.

For bribery, Illidge was sentenced to a prison sentence of 16 months, six of which were suspended, on three years’ probation. He also was banned from the civil service for a period of five years and was stripped of his right to be elected.

Parties have two weeks’ time to file for a final appeal at the High Court of the Netherlands in The Hague.