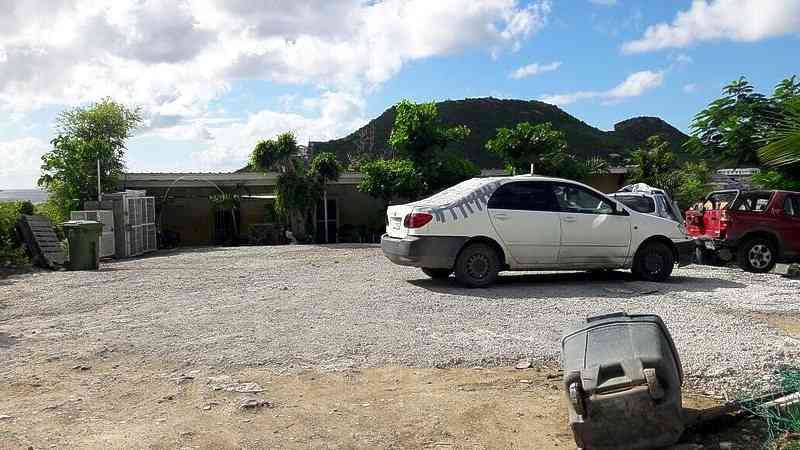 PHILIPSBURG–Almost one year after the Court of First Instance in April 2018 sentenced the owner of Juan Bar on Windsor Road in Cay Bay to 36 months in prison, twelve of which were suspended, on two years’ probation, after he was found guilty of several violations in operating an illegal brothel, he again stood trial on similar charges on Wednesday.

This time, Juan Linzey (53) was charged with operating an illegal brothel at his bar between August 1 and November 27, 2018. Other charges included human-smuggling and the illegal employment of sex workers.

For these crimes the Prosecutor called for a three-year prison sentence and confiscation of US $205 in illegal earnings. The Prosecutor also called for the execution of the suspended sentence of 12 months.

The new case had striking similarities with to the so-called “MUS” investigation during which it became evident that illegal prostitution was taking place in several containers on the premises between June 2017 and December 2017.

In its verdict of April last year, the Court held it against the defendant that he had not demonstrated any awareness of the wrongfulness of his actions.

Despite the similarities between the two cases, which were “largely identical,” according to the Prosecutor, the defendant and his lawyer Safira Ibrahim claimed these cases were “totally different.”

The Prosecutor said on Wednesday that the women had to do their work in the same small room in which they lived and slept together with a roommate in a single bed. He said the unhygienic circumstances under which they had to sleep, work and live were “degrading.”

According Ibrahim, the new case was primarily based on the verdict in the previous case. She pleaded for her client’s acquittal of the human-smuggling charges. She said her client denied all allegations and stated he was nothing more than the proprietor of a bar who also rented out rooms.

Ibrahim claimed that her client, who has been residing in St. Maarten since 1986 and who has owned Juan Bar since 2011, had learned from the previous case.

“He only made housing available against a reasonable price. My client did not know that these ladies were residing illegally [in St. Maarten – Ed.], and they were not employed at Juan Bar. If they were involved with prostitution they were operating in the streets, but not at the bar,” she stated.

The Court will give its decision April 3.