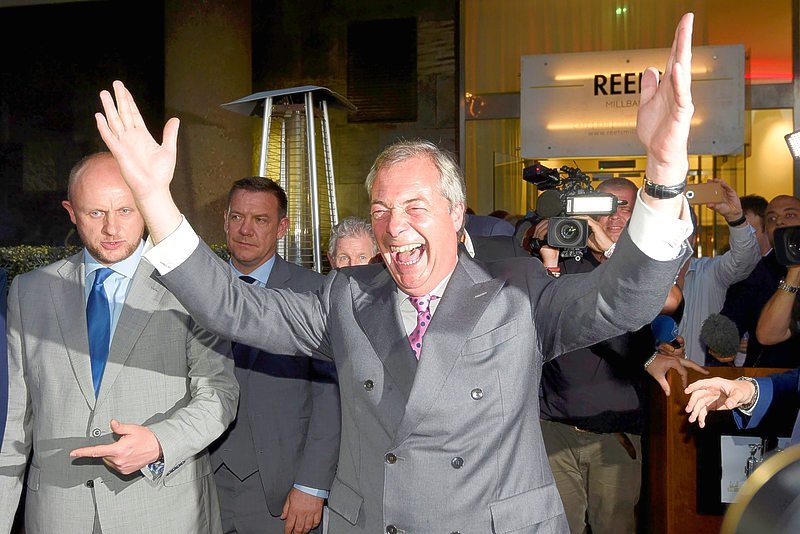 LONDON–Britain has voted to leave the European Union, the BBC said based on voter tallies from Thursday’s referendum, an outcome that would set the country on an uncertain path and deal the largest setback to European efforts to forge greater unity since World War Two.

World financial markets dived as counting from 304 of 382 areas showed a 51.5/48.5 split for leaving. Sterling suffered its biggest one-day fall of 9.4 percent against the dollar on market fears the decision will hit investment in the world’s 5th largest economy, raise questions over London’s role as a global financial capital, and usher in months of political limbo.
The euro slumped nearly four percent against the dollar on concerns a ‘Brexit’ vote would do wider economic and political damage to what would become a 27-member union. Investors poured into safe haven assets including gold, and the yen surged.
In an early mark of international concern, Japan’s top currency diplomat Masatsugu Asakawa said he would consult with Finance Minister Taro Aso on how to respond to the market moves, describing the foreign exchange moves as very rough.
Yet there was euphoria among Britain’s eurosceptic forces, claiming a victory they styled as a protest against British political leaders, big business and foreign leaders including Barack Obama who had urged Britain to stay in the bloc.
“Dare to dream that the dawn is breaking on an independent United Kingdom,” said Nigel Farage, leader of the eurosceptic UK Independence Party. “If the predictions are right, this will be a victory for real people, a victory for ordinary people, a victory for decent people…Let June 23 go down in our history as our independence day.”
He called the EU a “doomed project”. Asked if Prime Minister David Cameron, who called the referendum in 2013 and campaigned to stay in the bloc, should resign if Britain voted for Brexit, Farage said: “Immediately.”
Quitting the EU could cost Britain access to the EU’s trade barrier-free single market and mean it must seek new trade accords with countries around the world. President Barack Obama says it would be at the “back of a queue” for a U.S. pact.
The EU for its part will emerge economically and politically weakened, facing the departure not only of its most free-market proponent but also a member country that wields a U.N. Security Council veto and runs a powerful army. In one go, the bloc will lose around a sixth of its total economic output.
Cameron is expected to formally report the result to his European counterparts within days and prepare negotiations for the first exit by a member state from the EU — an exit he has said would be irreversible. 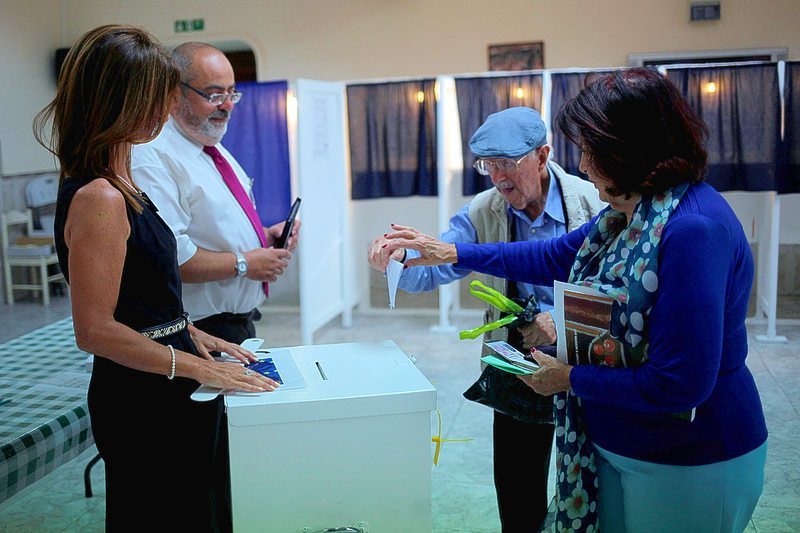 The British leader called the referendum in 2013 in a bid to head off pressure from local eurosceptics, including within his own party. Initially billed as an easy ride, the vote has now put his political future on the line. Party ally Boris Johnson, the former London mayor who became the most recognizable face of the “leave” camp, is now widely tipped to seek his job.
Opinion polls had see-sawed throughout an acrimonious four-month campaign, but the Remain camp edged ahead last week after a pro-EU member of parliament, Jo Cox, was shot and stabbed to death. The attack shocked Britons and raised questions about whether the tone of the debate was fuelling intolerance and hatred.
In the end though, the pro-EU camp was powerless to stop a tide of anti-establishment feeling and disenchantment with a Europe that many Britons see as remote, bureaucratic and mired in permanent crises.Torn Apart
Britain, which joined the then European Economic Community (EEC) in 1973, has always been an ambivalent member. A firm supporter of free trade, tearing down internal economic barriers and expanding the EU to take in ex-communist eastern states, it opted out of joining the euro single currency or the Schengen border-free zone.
Cameron’s ruling Conservatives in particular have risked being torn apart by a slow by steady rise in euroscepticism ever since differences over Europe triggered the ousting of former Prime Minister Margaret Thatcher in 1990.
World leaders including Obama, Chinese President Xi Jinping, German Chancellor Angela Merkel, NATO and Commonwealth governments had all urged a “Remain” vote, saying Britain would be stronger and more influential in the EU than outside. Yet the four-month campaign has been among the most divisive ever waged in Britain, with accusations of lying and scare-mongering on both sides and rows on immigration which critics said at times unleashed overt racism.
It also revealed deeper splits in British society, with the pro-Brexit side drawing support from millions of voters who felt left behind by globalization and believed they saw no benefits from Britain’s ethnic diversity and free-market economy. The murder last week of lawmaker Jo Cox, a former aid worker and ardent Remain campaigner, by a man shouting “Britain first” shocked the country and gave the pro-EU camp a temporary boost.
But in the end, concerns over uncontrolled immigration, loss of sovereignty, remote rule from Brussels and a protest vote from working class northern voters appear to have trumped almost unanimous warnings of the economic perils of going it alone.
“People are concerned about how they have been treated with austerity and how their wages have been frozen for about seven years,” said John McDonnell, finance spokesman for the opposition Labour Party, which had favoured a Remain vote. “A lots of people’s grievances have come out and we have got to start listening to them.”
Surveys on public attitudes across the EU have for years shown growing disenchantment with European integration, a project that began in the 1950s as a common market for steel and coal but which over the years offered members the chance to join up to a single currency and do away with old national borders.
Yet while it has become a feature of everyday life seen in everything from EU-sponsored student exchanges to rules on mobile telephone roaming charges, the EU lost public support over its handling of the 2009 sovereign debt crisis that inflicted painful austerity on much of the south of the continent and left many citizens in northern countries resentful at having to fund bailouts. Right-wing British eurosceptics seized on the euro zone crisis to argue that Britain was “shackled to a corpse”.
Aside from Denmark-ruled Greenland, which left the EEC in 1985 after a row over fishing rights, Britain is the first country to leave the EU, and even EU officials say it takes the continent into uncharted territory.
EU affairs ministers and ambassadors from member states gather in Luxembourg by 10 a.m. for routine talks that will provide the first chance for many to react. A regular EU summit has been pushed back to next Tuesday and Wednesday, when Cameron may trigger Article 50 of the EU’s treaty, the legal basis for a country to leave, setting in motion two years of divorce negotiations.
Even less clear at this stage is what sort of relationship Britain will seek to negotiate with the EU once it has left.
To retain access to the single market, vital for its giant financial services sector, London would have to adopt all EU regulation without having a say in its shaping, and pay a substantial contribution to Brussels coffers for market access, as Norway and Switzerland do. EU officials have said UK-based banks and financial companies would lose automatic “passport” access to sell services across Europe if Britain ceased to apply the EU principles of free movement of goods, capital, services and people.
Aside from trade, huge questions now face the millions of British expatriates who live freely elsewhere in the bloc and enjoy equal access to health and other benefits, as well as some 2 million EU citizens who live and work in Britain. Core founding members of the EU such as France and Germany will be wary of making life too easy for Britain for fear of encouraging eurosceptics across the continent to call for referendums in their countries.
French Economy Minister Emmanuel Macron said last weekend that “when you’re out, you’re out”, insisting Britain could expect no preferential treatment. German Finance Minister Wolfgang Schaeuble has issued similar warnings.
Both countries, whose painful post-war reconciliation formed the basis for the future union of Europe, must now deal with buoyant anti-EU parties at home, with the Alternative fuer Deutschland in Germany and the Front National in France.