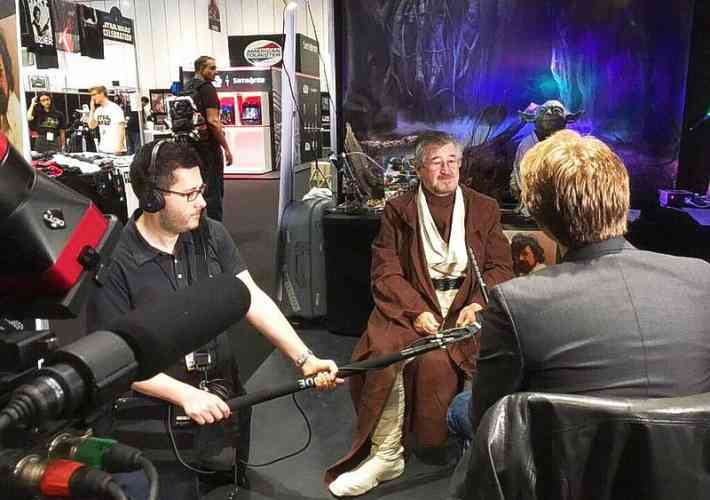 A scene during the BBC interview.

BBC featured Maley and his work on the Star Wars sagas in its documentary “The Galaxy that Britain Built.” BBC first filmed Maley at Star Wars celebration Europe in 2016 and a BBC film crew flew to St. Maarten last year to complete shooting Maley’s part of the documentary which also featured British movie director Gareth Edwards, whose Star Wars prequel Rogue One grossed more than a billion US dollars last year.

Part of the documentary was filmed at 19A Front Street at Maley’s Yoda Guy Movie Exhibit and discussed his part in creating Yoda, the world’s first animatronic superstar. The documentary can be found on YouTube by searching “The galaxy that Britain Built.”

Last week, Wikipedia.com also recognised Maley by awarding him a dedicated page about his work in their online encyclopaedia.

The Yoda Guy Movie Exhibit in Front Street is an attraction for visitors to St. Maarten. Recommended on major cruise lines, it has been listed on TripAdvisor as one of the top three “Things to do in Philipsburg” for the past six years.