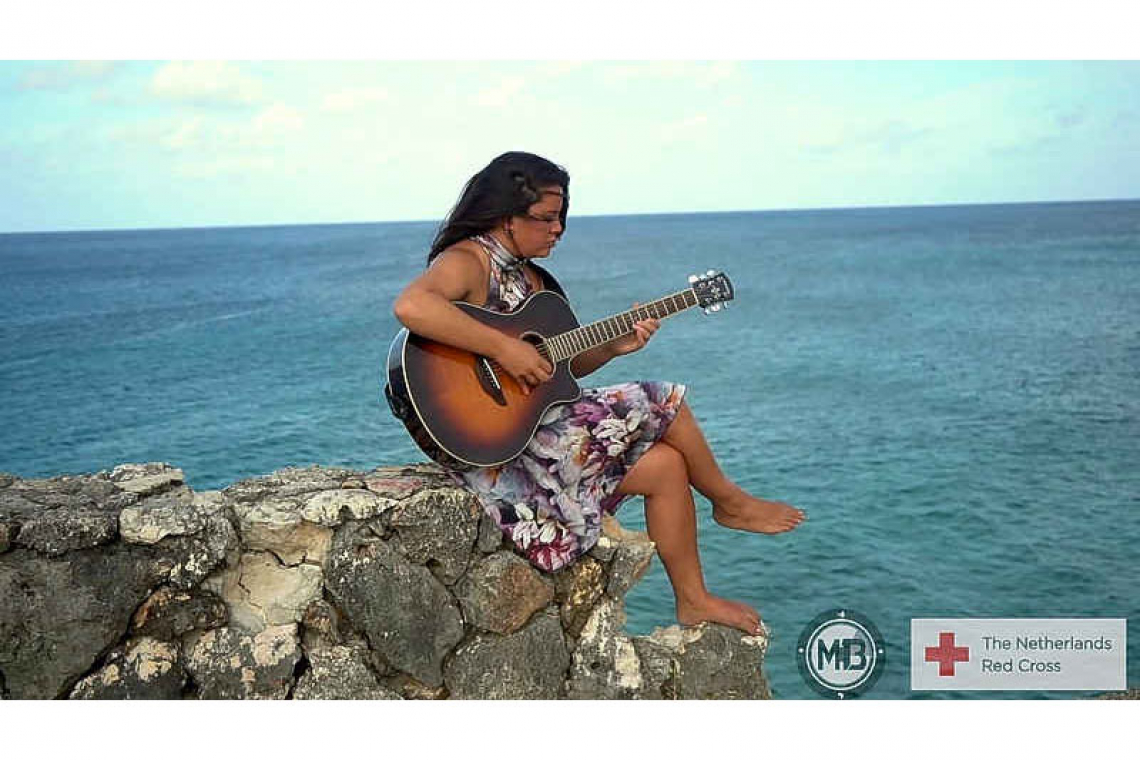 One of the featured artistes Emmely de Haan as seen in her music video performing her song “Heartbreak Hurricane”.

PHILIPSBURG–The Red Cross is revelling in the success of its “Be Ready, Be Safe” disaster preparedness initiative.

The Daily Herald recently spoke with Red Cross Disaster Risk Reduction project manager Martin Dacles, who gave insight into the project and the success achieved since its launch last month.

He said one of the project’s main objectives was to raise awareness among locals on disaster preparedness and how persons can prepare and respond to these disasters. It has been noted that persons are not always knowledgeable on what to do prior to and after such disasters.

Dacles said that as part of the project, an initial song contest under the theme “Be Ready, Be Safe” was organised last year to raise awareness and get the message out about hazards and natural disasters.

The song contest was seen as a creative approach to bring awareness to persons in the community and help them become safer and better prepared in the event of a natural disaster. The contest part was later removed from the project, partly due to the COVID-19 pandemic.

Dacles said that when the idea for the project first came about the team noted the cultural impact music played in the community. They knew that this could be the perfect way in which to deliver such a message to the masses.

Registration was opened last year for performers of all skill levels. Persons were given the chance to create an original song and have a music video made for their song.

The initial idea was to work with four amateur local artistes and then one already-established artiste. They all worked closely with local producer Micro13eatz. He said the artistes were tasked with creating songs that can be fun, engaging, but also important to provide general reminders about disaster preparedness.

Dales mentioned that each artiste was given full creative control over his or her music. The Red Cross only provided a little advice where necessary. This allowed the beauty and originality of each piece of music to shine individually.

These music videos were released on June 1, strategically at the start of the hurricane season.

Dacles said the songs and music videos have been a great success and widely received. Currently the songs have been played on local radio stations. The music video is also being played on TV Carib. He said rave reviews have been received, not only locally in St. Maarten, but from neighbouring islands. Even though it was quite unexpected, the team is very pleased with this level of success.