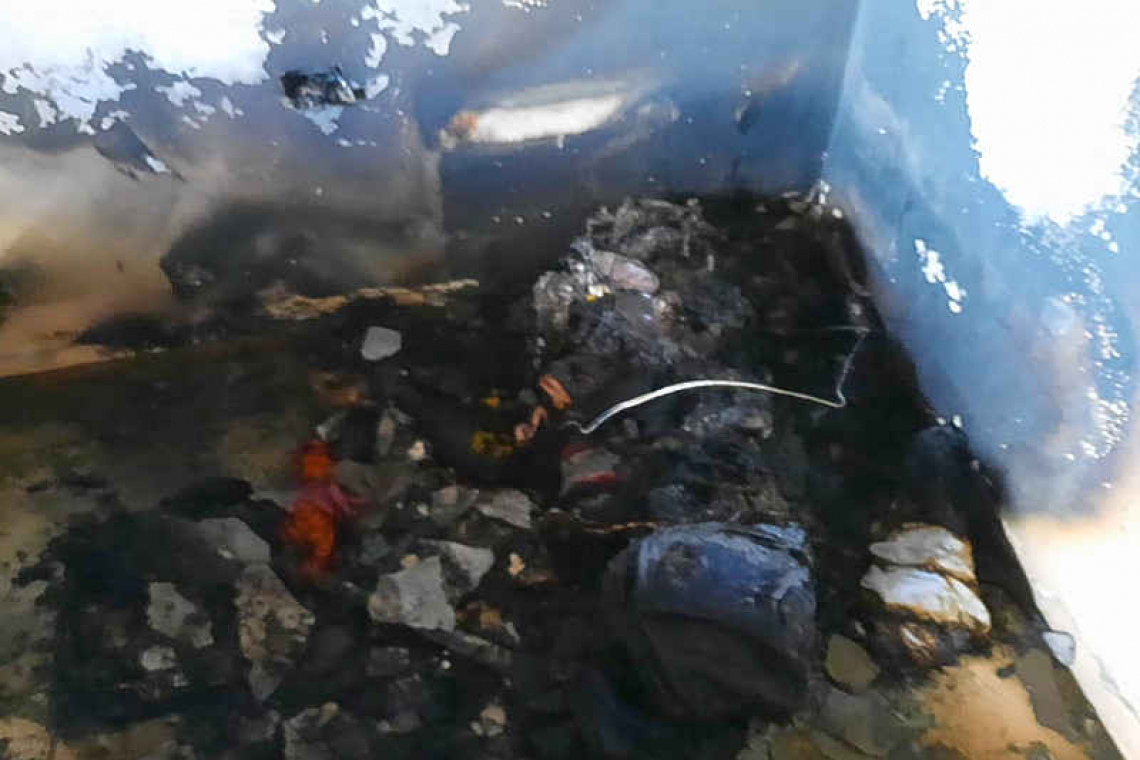 The damage caused by the fire.

Officers on the scene of the fire.

The Ambulance Department on the scene.

The building where the fire occurred.

PHILIPSBURG–A frantic rush by an occupant of an apartment building located behind SXM Vision Center on Bush Road to help put out a fire in the bedroom of his apartment around 9:45am Sunday landed the man in St. Maarten Medical Center (SMMC) for smoke inhalation.

The fire destroyed the contents of the bedroom, but luckily the remainder of the home was spared fire damage and sustained only smoke damage. The Daily Herald understands that two occupants of the apartment were at home when the fire started, but one of them had been cooking and neither realised that the bedroom was on fire.

Fire Officer on Duty on Sunday William York told this newspaper that the Ambulance Department had checked the two persons and one had to be transported to SMMC for observation due to the amount of smoke he inhaled trying to put out the flames.

The ambulance also checked a female resident who it is understood lives in a nearby apartment, who got what appeared to be a heartache as a result of the incident.

Police spokesperson E. Josepha said in a media notification that both the police and Fire Department responded to the fire. The Fire Department quickly got the fire under control and the other nearby apartments were spared serious damage from the incident. Josepha said the persons who attempted to contain the fire

were treated for smoke inhalation. He said the cause of the fire is being investigated and indicated that there were no signs of “foul play” (arson).