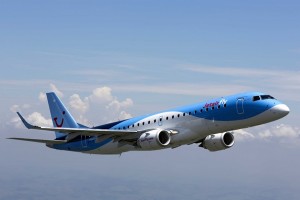 SCHIPHOL–The Belgian daughter company of TUI, Jetair, will be selling tickets and packages to St. Maarten and Curaçao from October 28 this year. The tour operator will make use of the existing flights of TUI Netherlands from Amsterdam Schiphol Airport.

Jetair will be offering a part of the Dutch Caribbean programme of TUI Netherlands in St. Maarten and Curaçao to the Belgian travellers as a vacation destination during the winter season 2016-2017. TUI Netherlands has two flights per week, on Wednesdays and Sundays, from Amsterdam to St. Maarten with a stop in Curaçao on the return flight.
The intention is to have both destinations, which are relatively unknown to the Belgian traveller, on the Jetair website in two to three weeks and available at the various travel agencies in the country. St. Maarten and Curaçao are two of the seven new destinations that will be offered by Jetair this winter season.

In St. Maarten/St. Martin, Jetair will offer one five-star all-inclusive resort, the Riu Palace at Anse Marcel, French St. Martin. Two four-star all-inclusive hotels on the Dutch side will also be offered as a package. In Curaçao, Jetair will be offering eight hotels, mostly four and five-star, including Sunscape Curaçao Resort and Chogogo Dive & Beach Resort.
Jetair is also extending its capacity to other parts of the Caribbean in the upcoming winter season: three times per week to Punta Cana in the Dominican Republic, weekly flights to Cancun, Mexico aside from the combined Varadero, Cuba and Cancun flights twice a week.
Source: Daily Herald
Belgian Jetair to offer St. Maarten