Home Local News Beyond the call of duty | THE DAILY HERALD 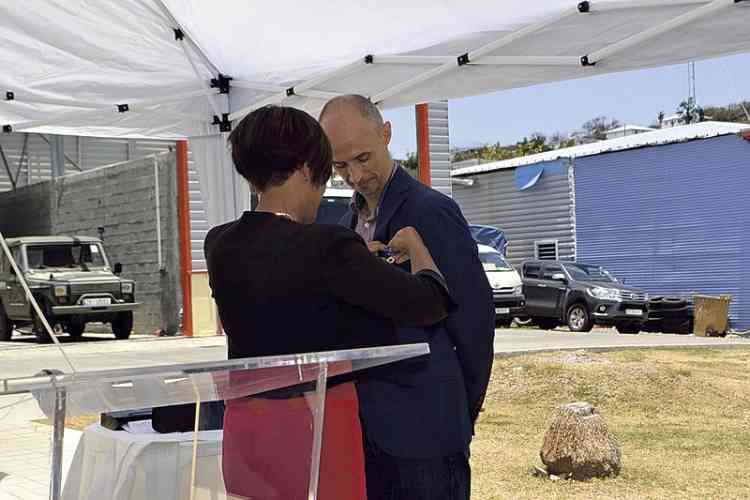 Doctor Yves Merlet receives the Knight of the National Order of Merit from Secretary-General of the Préfecture Régine Pam at the ceremony held in the Gendarmerie headquarters on Saturday.

He was decorated for his assistance to the population in the hours and days following Hurricane Irma. Despite the destruction to his own house and surgery, he nevertheless filled his relatively undamaged car with medications and drove around to help people wherever he could, treating hundreds of patients in the aftermath of the hurricane. His heroic work attracted the attention of the national television stations and prompted an on-line petition for him to be decorated. He later continued to treat patients from a tent in the car park of the Sandy Ground Cultural Centre for several months.