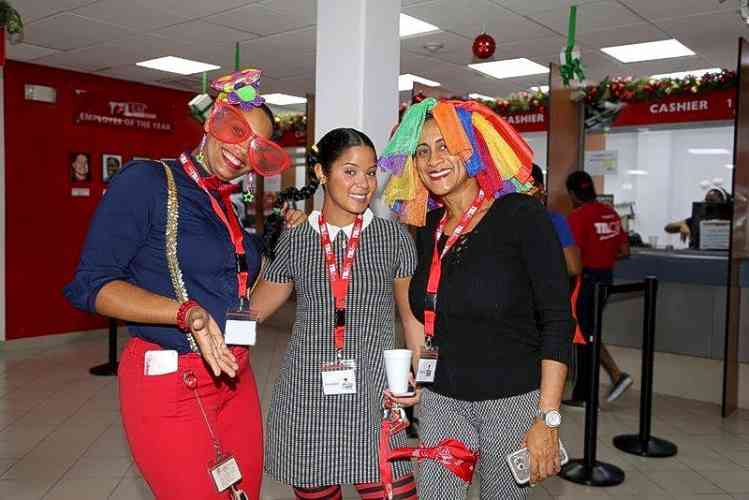 PHILIPSBURG–TelEm Group has in store for a lucky winner a state-of-the-art Smart Home connection as the Grand Door Prize for this Friday’s “Wacky TelCo Friday” fun sale.

The prize of a home automation system by Smart Concepts 721 is being offered by company representative Michael Jeffrey, who says he is totally into the way TelEm Group customers are warming up to the Wacky Friday promotion.

Anyone can qualify to win the prize with any purchase made during the wackiest sale in town on November 23, TelEm Group’s Wacky Telco Friday – all-day sales. The Smart Home prize leads a ton of prizes, starting from as early as 6:30am Friday, when the first persons to make any purchase over US $50 and dressed wacky will receive a free Samsung J2 Pro cell phone to the value of $185.

There will also be a host of free accessories for customers who make use of a Red Bin Special. According to TelEm Group’s Sales and Marketing team, flyers are being distributed all around the island this week with all the specials on offer and telling customers how these prizes can be won.

One of the funniest and most fun ways to win a prize will be a dip from a box of goodies from which visitors to TelEm Group’s main building can pull out any one of 100 prizes – but they must be dressed in a wacky outfit for a chance to take a dip.

“We want to have a sales promotion, but we also want to have some fun with our staff and also with our customers, who seem to appreciate the interaction, and also the attention they get when they come into the main building on Pond Island where all the action is,” said Marketing and Sales Manager Grisha Heyliger.

She said the serious side of the promotion is the huge discounts customers will be receiving on various TelEm Group products and services on the day, including huge reductions on cell phones, specials for seniors, a Smart Plan special, a MiFi special, SIM card specials, e-billing specials and a $3 call credit for any transfer requests on that day.

Most popular on the day will be TelEm Group’s Door-Buster Deals, featuring double top-ups, fantastic data deals, beat-the-clock deals, and a sweet top-up deal to end the day.

“There will be something for everyone at this year’s Wacky Telco Friday event. We have huge reductions on cell phones, also on accessories. There will be very special on-the-spot-offers with unbeatable deals during specific hours,” said Heyliger.

She is again urging everyone to keep their flyers close at hand and to target the time of day they will be chasing up on their own special deals. The flyers are still available at the TelEm Group main building on Pond Island and at the Simpson Bay branch, Welfare Road, and via Domino’s Pizza delivery.

“We are telling everyone that the deals are only available while supplies last and within the specified times for the offers,” added Heyliger.