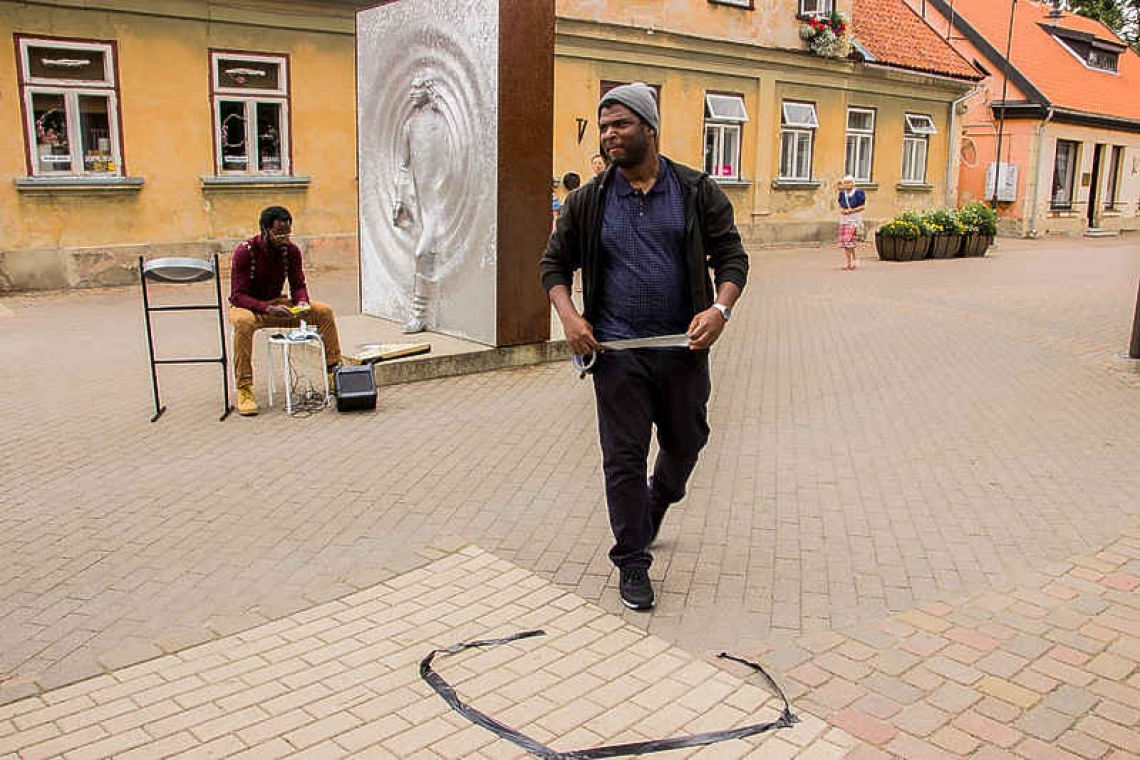 ~ ‘I was consistently isolated’ ~

THE HAGUE–Curaçao-born artist and activist Quinsy Gario has been expelled from the BIJ1 political party in the Netherlands. Gario, who spent his youth in St. Maarten, was number two on the BIJ1 list in the 2021 Dutch parliamentary elections.

A breach of trust was cited as reason for his preliminary suspension in a recent email that the BIJ1 board sent to the party members. According to the board, the “basic principles and a safe working environment are in jeopardy.” The party did not want to provide a further explanation as to exactly what this entailed.

“These are all insinuations,” Gario told The Daily Herald on Monday. He said he had no idea what the complaint against his person was. “I can’t say what this is about, because I have no clue. I find it very vague that things are being said about me while I don’t know what it is about,” he said.

Gario said that powers within BIJ1 tried to make things difficult within the party. “I was consistently isolated.” In trying to address the “bullying and abuse of power” within the party, Gario sometime back tried to file a complaint at party level.

“I wanted to file a complaint and was told that I could not do so. I then went to the confidential counsellor of the party. Subsequently, an investigation was launched into my person. I have no idea why I was investigated. I was never informed, nor was I interviewed by the investigation committee,” he said.

Gario said that he never got a chance to talk with the investigation committee and that he has not been informed about the results of the investigations. “I still don’t know what the nature of the complaint against me is, because I have not seen the report. The party refuses to give me a copy of the report.”

Gario said the situation reminded him of the psychological phenomenon “gaslighting,” which is the act of undermining another person’s reality by denying facts, the environment around them, or their feelings.

Gario said he mostly lamented the situation because it overshadowed the good work by many local volunteers to secure a seat for BIJ1 in the Second Chamber of the Dutch Parliament. “I know how hard these volunteers worked for that seat and they don’t deserve this,” he said.

Because Gario can still formally object to the board’s decision, his membership has been suspended for now. The revoking will only become permanent if a possible objection is found inadmissible. Asked whether he would make a formal objection to the party’s decision, Gario said: “I want to see the report first.”

Gario is a well-known poet, spoken-word artist and activist in the Netherlands. He has played a prominent role in the anti-racism debate in the Netherlands and contributed to the “Black Pete is Racism” national demonstration.

As a candidate in the March 17, 2021, parliamentary elections, Gario campaigned to end racism and violence against black people. BIJ1 secured one seat in the elections. This seat is occupied by BIJ1 Leader Sylvana Simons. Being number two on the slate, Gario would be her first replacement if Simons were to (temporarily) vacate her seat. Simons suffers from chronic pain due to arthrosis.