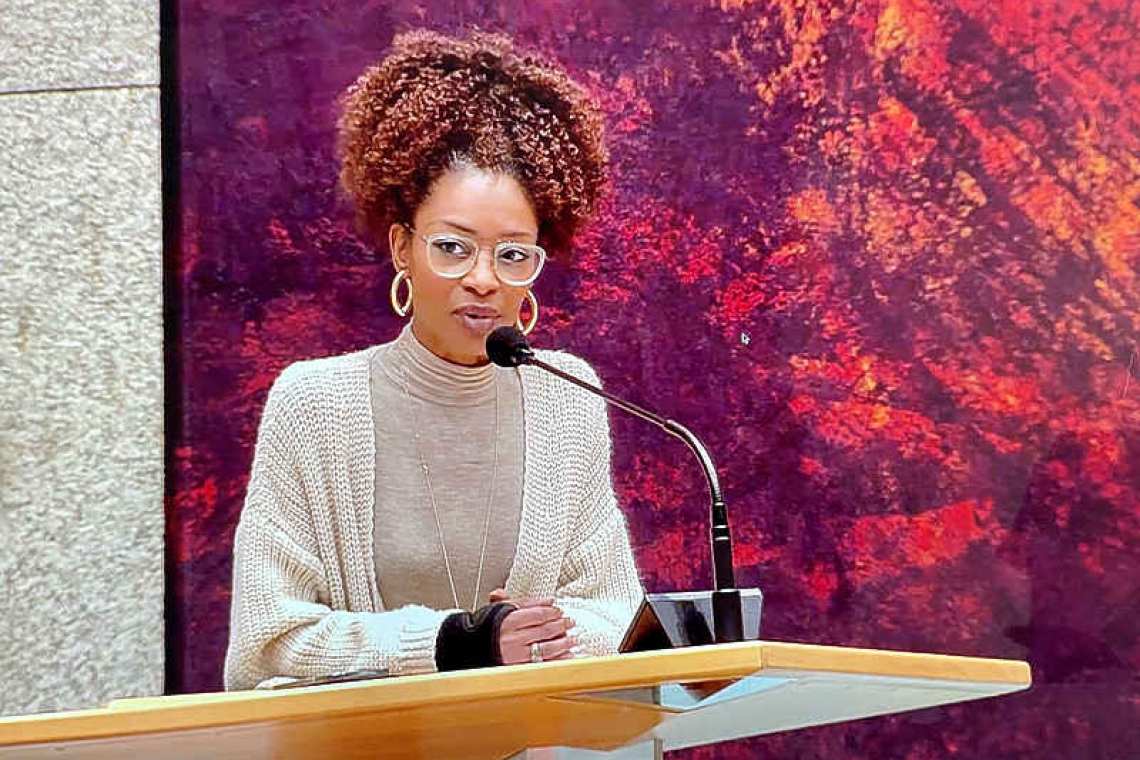 BIJ1 party leader Sylvana Simons during a debate in the Second Chamber of the Dutch Parliament. (File photo)

THE HAGUE–The board of the BIJ1 political party and its political leader Sylvana Simons have accused number two candidate, Curaçao-born Quinsy Gario of displaying “toxic” and “manipulative” behaviour. The party has initiated the formal process to expel Gario, who spent his youth in St. Maarten.

According to BIJ1 chairperson Jursica Mills, multiple signals were received from volunteers during the Dutch parliamentary election campaign that they felt unsafe in Gario’s presence. “These signals were about creating division between volunteers and candidates, male dominance and manipulative behaviour against other active members,” said Mills during a general membership meeting of BIJ1 on Saturday.

On July 19, media reported about the decision of the BIJ1 party board to suspend Gario, pending his formal expulsion from the party. At that time, no information was provided on the reasons why. This changed during a general membership meeting on Saturday, when chairperson Mills and party leader Simons shed more light on the situation.

Gario in an earlier interview with The Daily Herald, and again over the weekend in de Volkskrant newspaper, denied the allegations. He said the board had unjustified fears that he planned a takeover within the party, and that was why they portrayed him as a “dangerous black man.”

An external bureau recently investigated 16 complaints against Gario and concluded early July that the situation was untenable. Mills said that themes in the report included: forcing one’s way of thinking, manipulative behaviour, provocation, disrespectful behaviour, group pressure, pressuring, walking off, and not being open for a discussion.

During the membership meeting, party leader Simons suggested that some people in the party had warned against Gario prior to the March 2021 elections for the Second Chamber of the Dutch Parliament, referring to the number two candidate as a “Trojan Horse”.

“I’m saying sorry to everyone who has felt unsafe as a result of Quinsy’s behaviour. Most of all, I’m sorry that this could have been prevented,” said Simons. “It is not about white, black. It is about Quinsy’s behaviour and the fact that there is now a report in which it is concluded that it is best for everyone’s safety if he leaves the party. As party leader, I cannot guarantee safety if he stays,” she said.

Simons said that since the BIJ1 party was started, she stuck to the motto: No one is bigger than the ideal; nobody is elevated above criticism. She referred to Gario as “someone who pretended to be untouchable, someone who continuously dodged accountability.” During her speech, Simons said several times that she regretted what had happened.

Gario vehemently denied the allegations. “Apparently there were signals about me, but no one ever spoke to me about this. I have worked with many people and done many projects. I know I am a person of integrity. The board has exposed me to a digital lynching with their damaging statements. People have already demanded my head in the past, and now I have to again deal with this,” said the anti-racism activist.