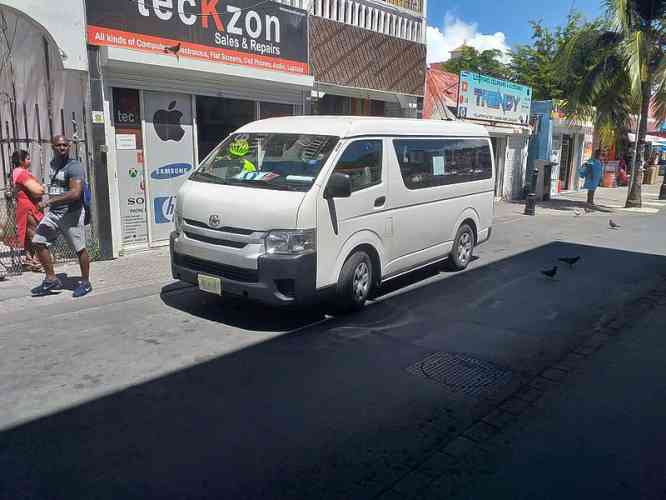 Controls on Back Street last Friday.

PHILIPSBURG–The Police Force of St. Maarten KPSM Bike Team joined forces with Ministry of Tourism, Economic Affairs, Transport and Telecommunication (TEATT) control units on Friday, March 8, and conducted controls in Philipsburg. The controls were geared toward checking the permits of buses and making sure they were in compliance with the road laws.

A total of 20 buses were stopped in the Cannegieter Street and Back Street areas. Fines were given out by KPSM to bus drivers who did not stop for passengers in the designated bus stops, who did not possess valid insurance, and whose buses had tinted windows. Owners had to remove the tint immediately.