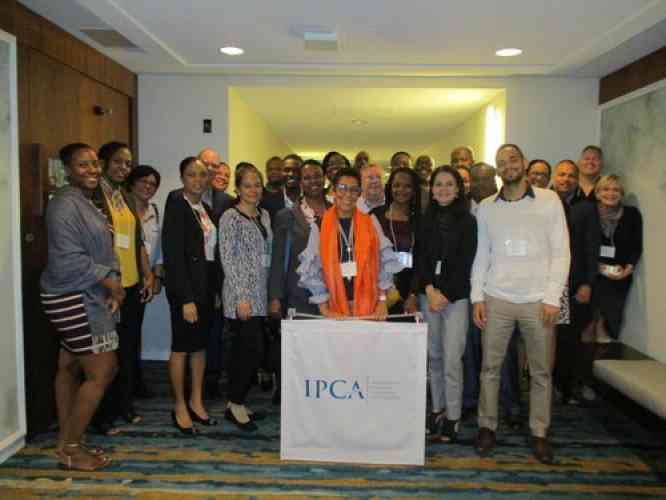 BIP SXM Director Vincentia Rosen-Sandiford and another person at the IPCA meeting.

During the meeting, BIP SXM joined the Dolphin Team, whose mission is to aid in the education and training of current and future practitioners in the Caribbean. Later this year, the Director will dialogue further with committee members to finalize plans for the upcoming year. “Being part of IPCA provides members the opportunity to network with other members in the region facing similar challenges. The opportunities and threats are one and the same and putting our minds together will increase our success as a region,” BIP SXM Director Vincentia Rosen-Sandiford said in a press release.

IPCA was formed to establish a forum for better communication and collaboration amongst Intellectual Property practitioners in the Caribbean. IPCA also aids in the exchange of ideas and provides more networking opportunities for its members. The association aims to promote intellectual property rights in the Caribbean. Incorporated in the Cayman Islands, IPCA is a not-for-profit company limited by guarantee without any share capital.

The association has installed four committees to address topics such as education, training, legislation and registry liaison, enforcement and anti-counterfeiting and marketing. The committees work individually and collectively to meet the objectives of IPCA.

IPCA currently has members in 25 Caribbean countries. The association is young, and just like BIP SXM, is working on increasing awareness of Intellectual Property rights in the region, it was stated in the release.