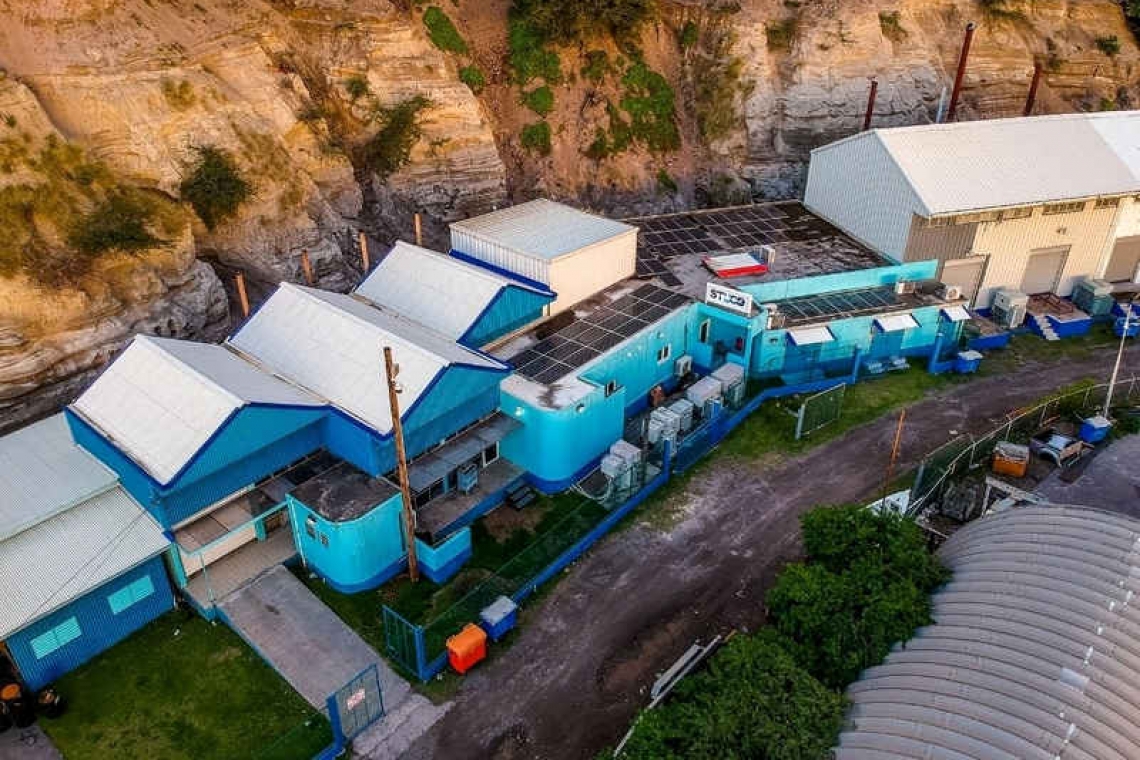 In connection with the COVID-19 pandemic, the need for water availability for personal hygiene makes this matter even more urgent, the public entity St. Eustatius said Monday. Meanwhile, structural improvements must lead to a robust water-distribution system.The tanks for households without cisterns are financed by the public entity from the COVID-19 emergency package.In the dry season, demand for water exceeds the production capacity, as cisterns become empty and people switch to water consumption from STUCO more often.In addition, there is a problem with the water supply network, because leakages occur in the main pipe from the water plant to the central storage tank in Lodi.The black tanks are made available as part of the contingency plan drafted by STUCO and COVID-19 crisis manager Peter Glerum, at the request of Government Commissioner Marnix van Rij.

The commissioner, STUCO and GTI Statia agreed on June 10 that GTI will always back up the water supply, should STUCO water production and distribution come to a standstill. This past weekend, STUCO has announced the ability to distribute tap water 24 hours a day.Due to drought and increasing water consumption per household, water was supplied by ship from outside Statia in the 1980s, in time of water shortages. Demand for STUCO water gradually increased in the 1990s and early 2000s. To address the shortages, a water plant was built in 2004, initially used to replenish cisterns with water trucks. A water-pipe network was installed in 2013. The number of connections to the drinking water network has increased sharply in recent years, by as much as 20 per cent in 2019, which was much more than anticipated.The majority of households in Statia still do not depend on STUCO for water. In 2020, 53 per cent of Statians still used alternative sources, such as cisterns and bottled water. As per May 2020, STUCO has 881 water connections, while there are 1,850 electrical connections.It is estimated that approximately 150 customers with a water connection do not have a cistern. The black tanks with a capacity of two cubic metres are intended for this group. In consultation with STUCO, the tanks are made available to the public to be filled with drinking water in times of severe rationing.STUCO said it is working hard to make sure all residents of Statia have access to water in their homes. STUCO is currently executing three projects to improve the drinking water supply: expansion of its water-production capacity, replacement of the water-transport line and the expansion of the water-storage capacity.The water-production capacity at the water plant in Lower Town is to be expanded from 375 cubic metres per day to 625 cubic metres per day.