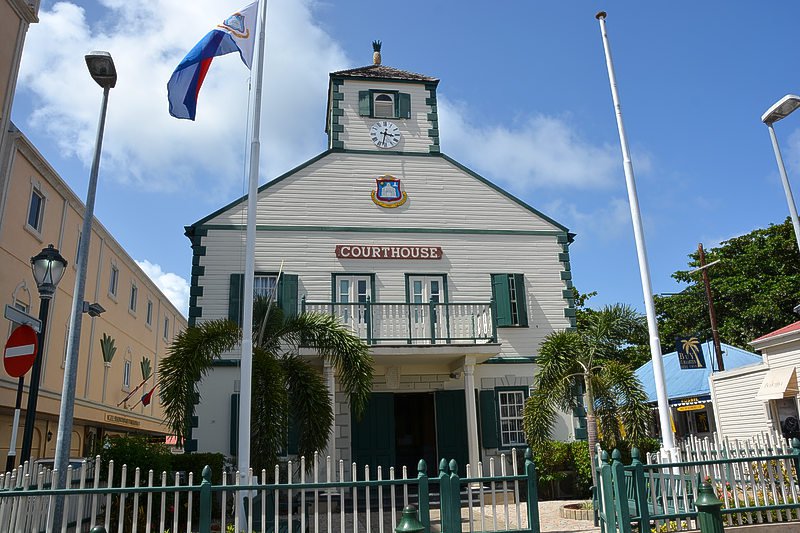 PHILIPSBURG–A charter-boat captain with American nationality has filed for damages with the Court of First Instance because he had been illegally detained at the Philipsburg Police Station for five days.

Captain C.G. was held at Port de Plaisance Princess Casino on June 21, under the suspicion of involvement in fraud in using falsified casino tickets. His case was heard on Wednesday.
According to lawyer Geert Hatzmann, the Assistant Prosecutor had decided not to press any charges and send his client away. “The Assistant Prosecutor informed me that my client would be set free, and I trusted on that. Apparently they forgot all about him at the Police Station and also did not give him the chance to inform me. About one week later, I received a phone call from my client informing me that he was set free one day before.”
Captain G. said he had nothing to do with any fraud scheme. According to him, his arrest was one big conspiracy of the casino, which he claimed is owned by the Turkish mafia. “And the Police and the Prosecutor’s Office are also involved in it, top to bottom. They are being paid off,” he alleged.
He said he was a regular visitor of the casino, where he used to play blackjack. “I am a regular guest, so I know a lot of people there, and they also know me, but I had nothing to do with false casino tickets. I denied any involvement, but was nevertheless put under a lot of pressure. One police officer intimidated and threatened me, but I was not mistreated.”
The boat captain said neither fingerprints nor his picture were taken, nor was he led in front of a Prosecutor or Judge of Instruction while he was held at the Police Station. He went on a hunger strike on the second day of his detention as he was denied access to his lawyer.
Until June 27 he was held in a cell which he shared with two other arrestees. “I had to sleep on a rusty metal bunk bed with dirty bedding filled with urine and faeces, or sleep in my clothes on the dirty floor. I was not allowed other clothing, and could not get a toothbrush and toothpaste.”
After his release the captain, who is living and working on St. Maarten for eight years, filed complaints with the Chief of Police, the Police Department’s Bureau of Internal Affairs, the Minister of Justice, and the Ombudsman.
The case against G. was officially dropped in August, his lawyer said. “Due to his five-day detention, my client could not show up for a planned boat trip, and the company which had hired him for the rest of the season hired another captain. He couldn’t find any other job at another charter company either,” said Hatzmann.
In Wednesday’s legal proceedings, the captain filed two claims against Country St. Maarten, consisting of damages for unlawful detention and compensation for loss of income.
Persons who have been unlawfully detained receive compensation to the tune of NAf. 100 per day. According to the lawyer and his client, this is merely a pittance. “Would this have happened somewhere in the United States I would have been a millionaire,” C. said after the hearing.
His lawyer agreed, and said his client could not be “fobbed off with a tip,” due to the severity of the violation, “which touches upon the foundation of the rule of law.” Therefore, the defence called upon the Court to grant compensation of US $1,000 per day. The second component of the claim concerned the loss of income, estimated at $21,000, leading to a total claim of $26,000.
The Prosecutor’s Office recommended that the Court award compensation for one week of lost income, which would set the tab at $1,550. The case is now in the Judge’s hands. He will give his decision October 12. In case this procedure fails, the boat captain is planning to file a civil claim against Country St. Maarten.