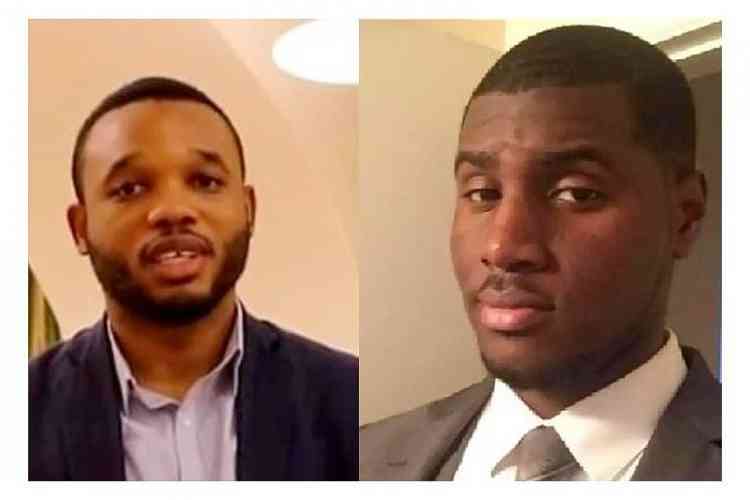 Investigations are underway into the deaths of Bahamian Alrae Ramsey (left) and Blair Rashad Randy John.

TURIN, Italy–Police in northern Italy are carrying out investigations into the deaths of two Bahamian men whose bodies were pulled from a river within a day of each other this week.

According to reports in the Italian press, an initial forensic medical examination indicated the bodies would have been in the river for two to three days, but there were no signs of foul play.

“In the current state of affairs we have no reason to believe that it is a crime,” Turin Police Chief Giuseppe De Matteis told Torino Today. “The wounds found on the two bodies would not have caused their death. We await the outcome of the autopsy examination which will take place quickly and, later, if the causes of death are not clarified, the mobile team will proceed to further investigations.”

Ramsey was employed with his country’s Ministry of Foreign Affairs from December 2013, and had formerly been posted at the Bahamas Embassy in Port-au-Prince, Haiti, as third Secretary/Vice-consul in 2016-2017. Last year, he was granted an In-Service Award to pursue a one-year postgraduate diploma programme at the Diplomatic Academy of Vienna in Austria for the September 2018 to June 2019 period. But sometime last week, he went to Turin.

John, a St. Augustine’s College graduate of the Class of 2009, who was near completion of his Ph.D. in Psychology at Saint Mary’s University in Halifax, Nova Scotia, Canada, had travelled to Turin to present an academic paper at a psychology conference.

The families of both Ramsey and John had reported them missing.

In a statement issued Wednesday, the Bahamas Ministry of Foreign Affairs said it was saddened by Ramsey’s death.

“We continue to remain in close contact with the family of Mr. Blair John. We urge the members of the public to keep the families in their prayers, and to show compassion and understanding by not jumping to conclusions and sharing speculative information widely,” said Minister of Foreign Affairs Darren Henfield, as he also urged the public to keep colleagues of the deceased and the ministry in their prayers during this difficult and tragic time.

John’s mother, Cathleen Rahming told the Nassau Guardian newspaper that she had last spoken with her son last week Wednesday as he waited for a train to Turin.

She questioned why anyone would want to hurt her son and Ramsey.

“What happened? Why were they targeted? Who did it? What did they gain by doing it? What has caused somebody to do that to our sons? [They were – Ed.] lovable guys, lovable guys, mannerly guys, never disrespectful, never. [They] loved all humanity,” she said. ~ Caribbean360 ~