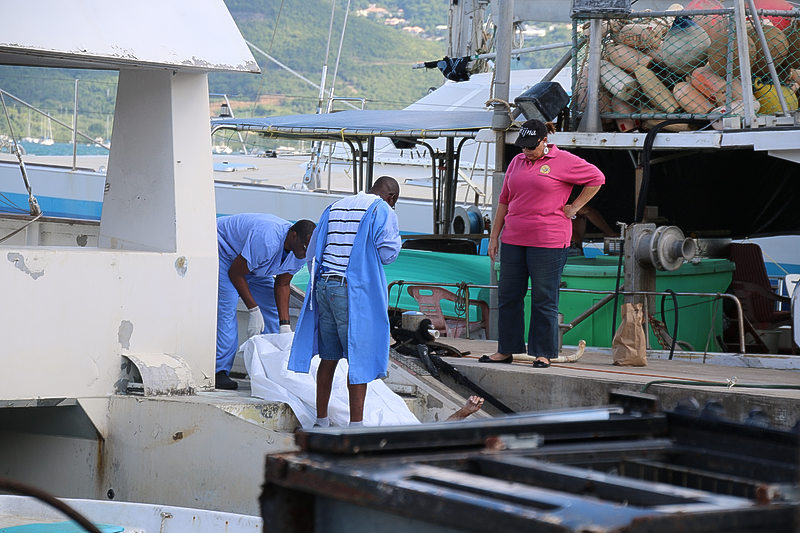 AIRPORT–Police had their hands full this weekend as they were called to a boatyard located next to Pink Iguana on the Airport Road on Sunday morning, just after 10:00am. A boat captain discovered the lifeless body of an unidentified man, and immediately called authorities.

The man was taken out of the water, and forensic officers took his clothing and tag and bagged his belongings found on him. Public prosecutors and detectives stayed on the scene to hear from the witness what they could before he was transferred to Royal Funeral Home.

Details about the incident remain limited and the Caucasian man is yet to be identified. Acting Police spokesman Inspector Steven Carty has not been in contact with the press about what took place and remained unavailable throughout Sunday.

Meanwhile the body found did not fit the description of the two missing men, Edwin Rosario and Luis Diaz-Sarant. The two boys, who have been missing since Monday, December 5, are still being sought by family.